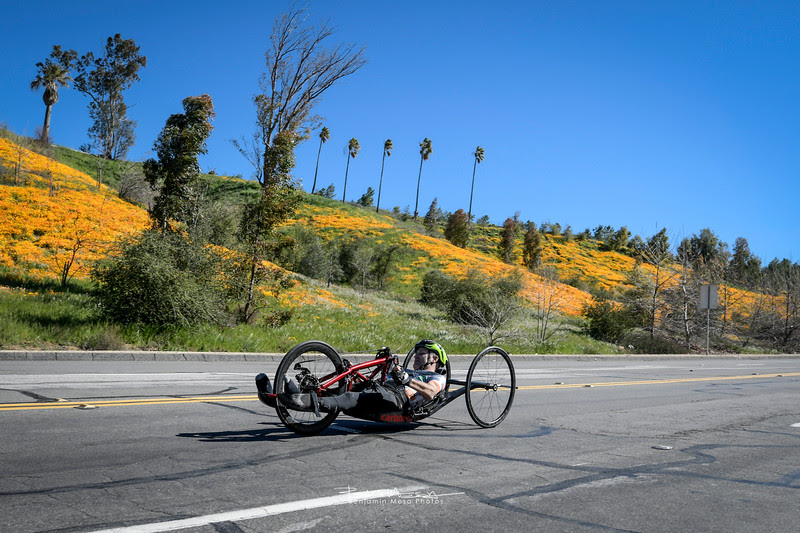 REDLANDS — For years, Redlands Bicycle Classic organizers have drifted from one time trial site to another. For this year’s event, another location has been discovered.

Wrightwood, the ski resort community which is over an hour’s drive from the event’s home base, will serve as ground zero for this year’s Thursday, April 23 individual time trial when the 36th annual event kicks off.

If that seems like it’s too far away to carry the Redlands Bicycle Classic, consider there are various other reasons to take this event on the road.

It is, said Redlands Classic official Ed Purves, “a nice quiet road. Your first reaction will be, ‘Wow, this is a beautiful, scenic spot.’ ”

“There will probably be chilly weather,” said Purves, noting highs at 56 degrees and lows at 30 at that time of year, “but there will be a beautiful majestic view from that slope.”

Purves picked the route. It’s yet another departure from the various time trials sites used in the 1985-born Redlands Classic stage.

“I could just hear the (Redlands Classic) committee groan,” said Purves, “at another mountain spot.”

Two years ago, the mountainous Big Bear time trial was cancelled because of snow. By the 2019 Redlands Classic, organizers moved the site to nearby Crafton Hills College.

This year’s Wrightwood course was approved for another reason.

Para-cycling competition, which has zoomed into the Redlands Classic in recent years as a hearty addition to the sport’s spectacle, has gradually grown in popularity to its racing population — its followers, growing media and its participants.

Para-cycling is cycling adapted for cyclists that have various disabilities.

For the para-cycling hopeful, Wrightwood’ course is good for the uphill specialist, any downhill speed freaks, plus those that are technical savvy.

Said Purves: “The guy that can handle all three of those will qualify (for the Paralympics). It’s a good measurement to how good of a paracyclist those riders will be.”

Purves, for his part, joined the Redlands Classic team just a few years ago. “I started by doing toilets and trash,” he said.

He’s since risen to Tech Director, another of the numerous unpaid — they’re all unpaid, incidentally — that connect with at least 500 volunteers.

“The pressure’s on now,” he said, kiddingly, perhaps reflecting the notion that Wrightwood could turn out to be a failing proposition — weather, fires or simple logistics.

Redlands has made its time trials virtually portable almost every year since its inaugural 1985 event.

Last year’s highly-desired site at Crafton Hills College was perfectly timed when that campus was on spring break. In this year’s April 22-26 slot, school is in session, leaving CHC out of the mix.

Over the years, time trial racing has been held at various points in Redlands alone — Cajon Street to Prospect Park, downtown on a State Street sprint course, a 3.1-mile climb from Reservoir Road across Interstate 10 to a Sunset Street summit, among other locations.

Nearby Highland-based Greenspot road was another site.

One year in Riverside, there was a climb from Fairmount Park to Mt. Rubidoux.

Over in far north San Bernardino, a time trial route was picked along old Route 66.

Wrightwood, a town of 3,300 people at an elevation around 6,000 feet just off State Route 138, doesn’t even have a stop light to boast. As Wrightwood joins the mix, Purves adds a nice benefit.

“At that time of year, the west portion of the road we’ll be using will be closed. That means we won’t need (California Highway Patrol).”

The Grizzly Cafe might be your best bet for a meal on April 23.

Most, if not all, cyclists have raced on this type of course, so it should remain an all-out war on day two of the event which begins with the Highland circuit race one day earlier.

Beyond the glamorous tree-lined road is a view of Riverside, Ontario and the San Bernardino basin.

“When the cyclists are on that course,” said Purves, “they might not be able to focus on their ride.”