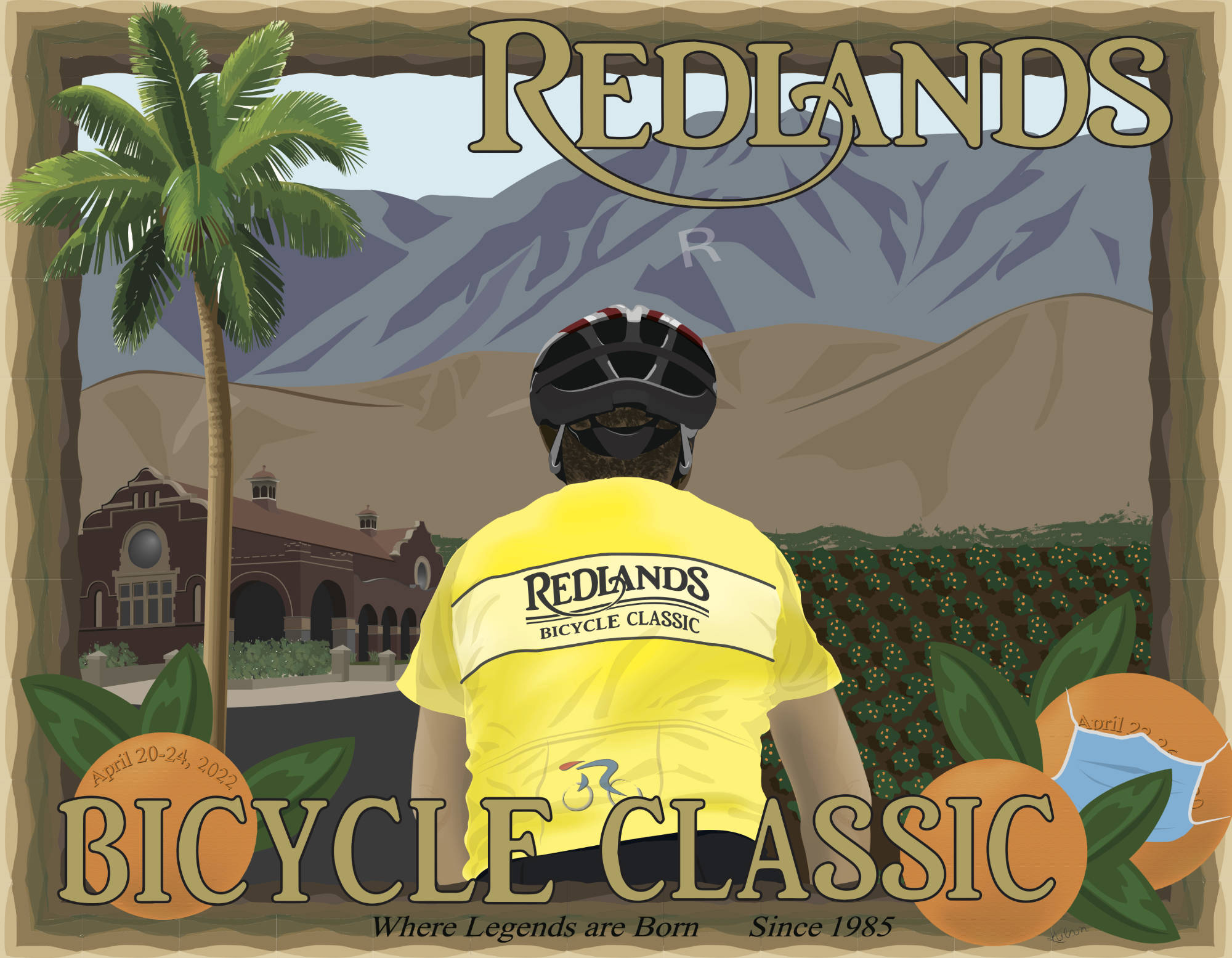 After a two-year hiatus due to the pandemic, the Redlands Bicycle Classic, presented by the San Manuel Band of Mission Indians (SMBMI) will return April 20-24, 2022. As the Presenting Sponsor, SMBMI reaffirms their deep commitment to our region, as we work together to build a stronger community!

The race returns to April, after running for several years during the month of March. The new dates are important, as they help facilitate on-campus visits by participating race teams. Local school district spring breaks did not coincide well with the 35th Redlands Bicycle Classic, although some 40 area schools were visited by various cycling teams. Another reason for the change in racing dates: It’s later in the year, which could help dodge some rainy weather.

“New” for 2022 is the Route 66 Individual Time Trial, which will return to a course last used in 1996. The 9.1 mile course is on old Route 66 (Cajon Boulevard) in the Cajon Pass, adjacent to Interstate 15. Riders will race from .6 miles south of Cleghorn Road to Kenwood Avenue and then back to the start/finish line.

During the last edition of the Redlands Bicycle Classic, Semper Porro cyclist Cory Lockwood, who trailed by 1:08 heading into the final Sunset stage, beat Hagens-Berman Axeon’s Kevin Vermaerke for the yellow jersey on March 18, winning by 1:25. Amber Neben, who won the Redlands Bicycle Classic’s annual Legends Award, proceeded to answer that challenge by notching her fourth career triumph on the local roads. It equals Chris Horner, another Legends honoree, who has also won four times at Redlands.

The five-stage, five-day race covers about 350 total miles. The 2022 edition will open on Wednesday in the city of Highland, followed by the Yucaipa stage with a mountain finish in Oak Glen, and the new TT on Friday. It's all capped by a downtown Redlands Criterium on Saturday afternoon and the Sunset Road Race on Sunday.

Although the professional race rosters are set, registration is open for the youth races and Plain Wrap Ride on Saturday morning, as well as the amateur USAC Criteriums on Sunday.

Signups are currently open for race marshals, who are the backbone of the Classic’s success. Similarly, several more host families are needed, in order to ensure the professional teams all have a place to stay during race week. Both are great ways to be a part of the premier stage race in American cycling.

The Redlands Bicycle Classic was inspired by the 1984 Olympics and dates back to 1985 when Thurlow Rogers won the first-ever event. This amazing story can be found on our website (www.redlandclassic.com) along with a schedule of events, volunteer registration and ways you can enjoy and be involved in the race.

About the San Manuel Band of Mission Indians
The San Manuel Band of Mission Indians is a federally recognized American Indian tribe located near the City of Highland, California. The Serrano Indians are the indigenous people of the San Bernardino highlands, passes, valleys and mountains who share a common language and culture. The San Manuel Reservation was established in 1891 when the Tribe was recognized as a sovereign nation with the right of self-government. As an indigenous community, the origins and history of the San Manuel Band of Mission Indians stem from our relationship with the land and to all who share it. Since ancient times we have expressed ourselves through a culture of giving. Today, San Manuel is able to answer the call of Yawa' (Serrano word meaning “to act on one's beliefs”) through partnerships with charitable organizations. San Manuel has drawn upon its history, knowledge, expertise and cultural values to direct its philanthropic giving to the local region, as well as to Native American causes nationwide. For more information, visit http://www.sanmanuel-nsn.gov