Franz Powers To An Emotional Victory, Davis Wins By A Bike Throw

Highland, CA (April 20, 2022) Heidi Franz opened the 36th Edition of the Redlands Bicycle Classic Wednesday morning winning the 41.3-mile Highland Circuit Race for stage 1. Instafund LaPrima had several cards to play with three riders who were part of a 10-rider breakaway that managed to escape midway in the stage following a slew of attacks from the start. Working together, the group was able to maintain their lead, battling it out up the final climb to the finish. Jennifer Wheeler racing for Fount Cycling Guild was second, with Emily Marcolini (3T/Q+M Cycling) in third. 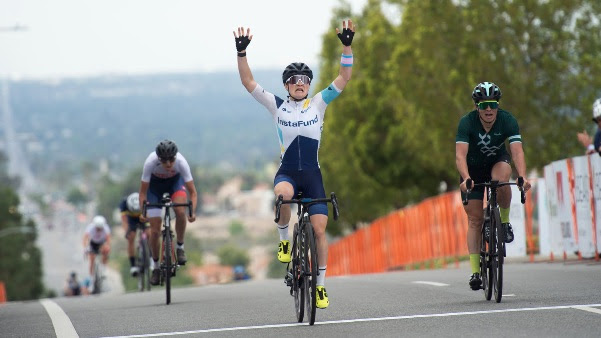 “We had such a strong team today, Izzie (Bertold) bridged up after the last QOM and Maddy (Ward) and I were just perfectly set up,” Franz said at the finish. “It was just the right combination of riders to keep the break going and in the last couple laps, we knew we had the legs to pull it off today. I just can’t believe it. I think I sat down and sprinted all over again 3 different times! I’m just so happy!”

The victory was an emotional one for Franz, three years after Megan Jastrab had won in Highland. Both had been racing for Rally when a fellow teammate passed away one month before the start of Redlands that year. The team had honored their loss before and after the stage.

“I just think of that every time I come here,” Franz said. “So, it’s super special to come back to this stage and be able to pull it off. We have such a special team. I’m so proud of them; they worked so hard. This stage is such a tough one to start Redlands with. I’m super proud of everybody.”

Emily Marcolini (3T / Q+M Cycling) earned enough points to lead the Queen of the Mountain classification. Haley Smith (Team Wolfpack Racing) was awarded the Best Amateur Rider for her efforts as part of the day’s breakaway.

“Being the first stage this year, I wasn’t sure what to expect,” Marcolini said. “Also, being from Canada I hadn’t really raced in the US that much over the past few years due to travel restrictions. I wasn’t too familiar with who the big names are anymore.

“I didn’t come in with too many expectations, I just wanted to get back into the flow of racing and try and get up the road and do well. Overall. I’m really happy with how the race went and how my teammates rode. They helped me a lot staying up near the front and following moves, which was great. This is our first big race together so that was awesome to see that.” 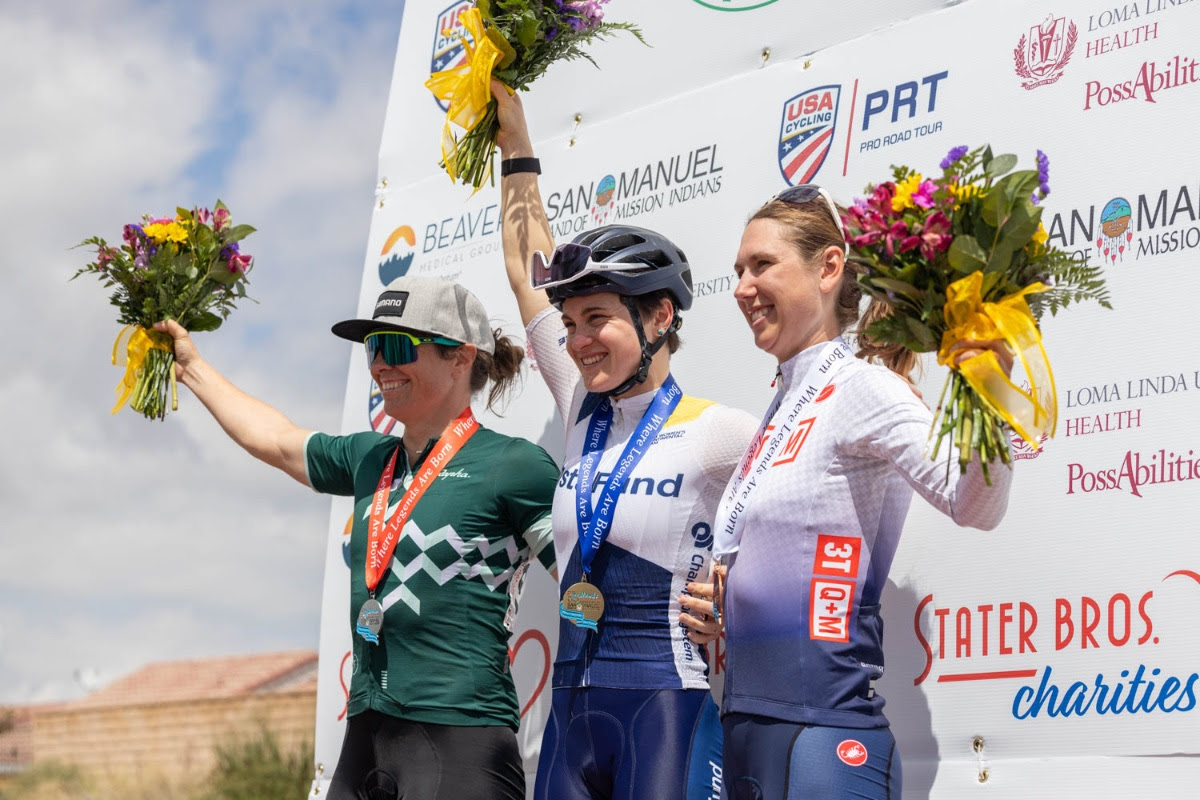 Cole Davis (Voler Factory Racing) narrowly edged out Tyler Stites (Project Echelon) in a thrilling uphill bunch sprint during the opening stage of the 36th edition of Redlands Bicycle Classic today. Cameron Piper (Project 74) rounded out the podium in third after 20 aggressive laps of a 2.8-mile circuit around Highland.

“The last lap was hectic as it always is,” said Davis, a Sacramento local. “The lead-out trains blew apart as we entered the neighborhood where it gets super sketchy, and everyone tries to fight each other. My team and I played through the chaos. My guys stayed behind me, protecting me from behind. I started my sprint a little earlier than I would have liked, but I held the side of the barrier so I could make sure they couldn’t come around both sides. I think I got it in a bike throw. It was a photo finish, I still haven’t seen the photo yet, but I know it was close.”

“It still doesn’t feel real,” Davis continued. “I’m going to wait until I’m on top of the podium before I really let it sink in. Winning here is so much more special than the result. I have my family coming up from Sacramento to watch this race. It’s a big result for this team – we’re a smaller team competing here. It’s all the things you don’t see that mean a lot about this victory.”

Despite the high speeds and constant attacks, it took about three laps before a group of two snuck off the front. Kaler Marshall (Expeditors Elite Cycling) and Alex Gustin (LUX) built up a lead of 30 seconds before Jared Scott (Aevolo) and AJ August (Blue Competition Cycles) bridged across with seven laps remaining. It looked like the added firepower stoked renewed energy into the breakaway, and the gap grew to more than a minute before Project Echelon began cranking up the dial. The four riders were reabsorbed into the peloton with one lap remaining, and from there, the final battle for positioning began.

Marshall’s time in the breakaway allowed the Expeditors rider to collect valuable king of the mountain points, which he said his team plans on defending during the week.

“I was pretty aggressive early on,” Marshall said. “It really wasn’t the plan to go in the break from that early in the race. I think it was lap 3. I just settled into maintaining the gap and seeing what would happen. Eventually, we had additional riders come over to the break. I think we were up to four towards the end. It came to the last lap before we got caught.

“At this point, because we’re in the KOM jersey, we want to defend it if we can. Other than that, we’re a smaller team, so we play it like 5-days of 1-day racing, and then on the last day, we figure out how that’s going to play out for GC or the jersey competition.” 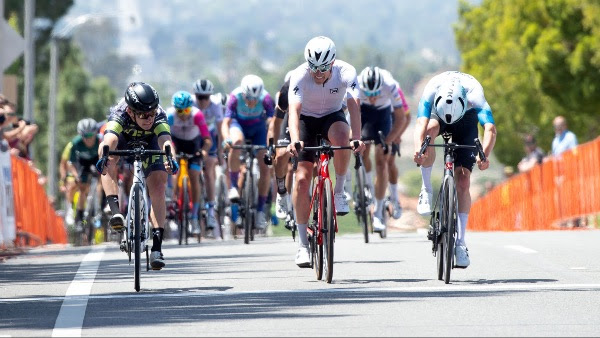 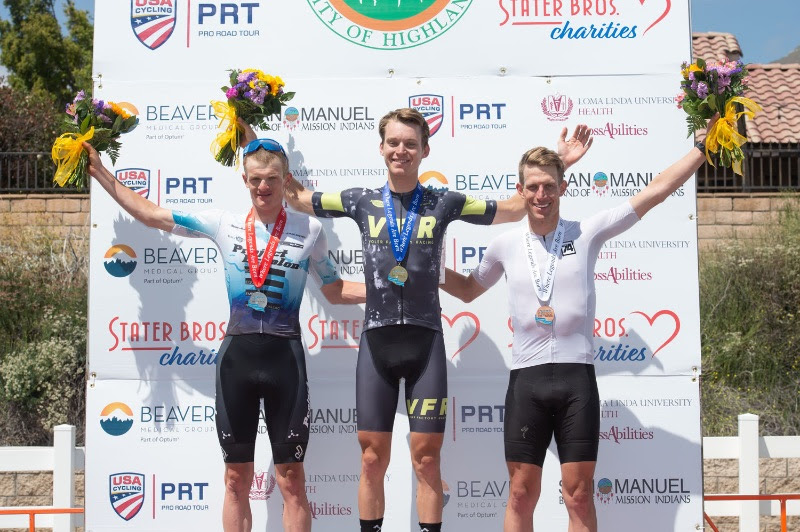 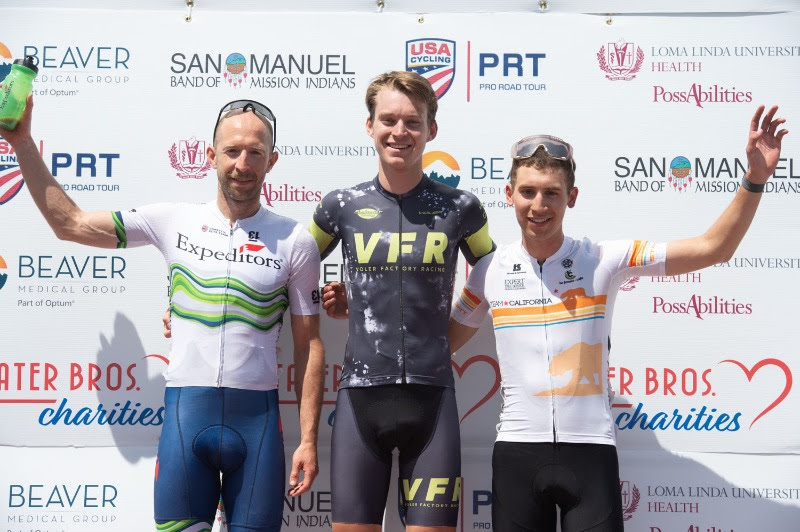