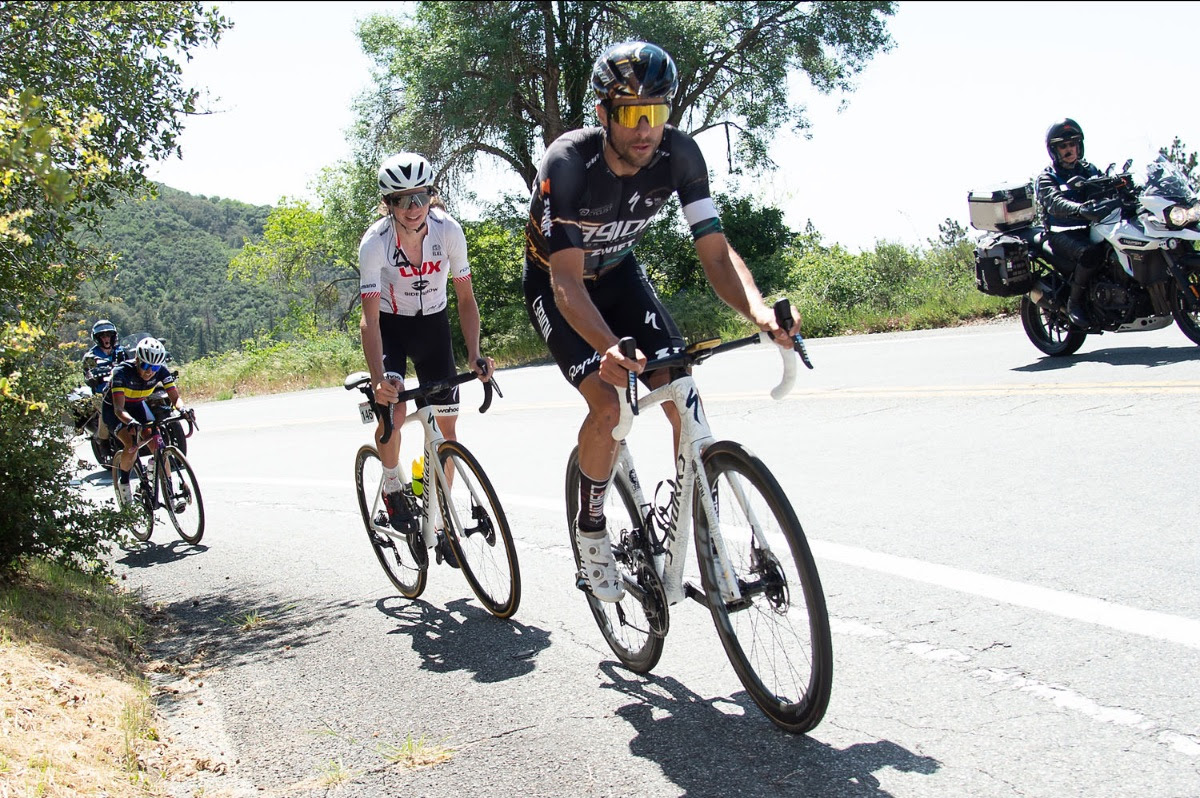 Yucaipa, CA (April 21, 2022) – Australian Freddy Ovett won the City of Yucaipa Road Race today after an exciting attack in the closing meters of the brutal uphill finish to Oak Glen. The L39ion of Los Angeles rider timed his final move perfectly to take victory ahead of LUX Cycling’s Jesse Maris and Xander White from CS Velo, and now leads Redlands Bicycle Classic by a slim four-second margin ahead of Maris, who moves into the Best Amateur jersey after an incredible performance on junior gears.

“It was a super hard race,” Ovett said. “Chapeau to Project Echelon for making the race hard. I felt good, I gave it my all. I had my teammates believing in me, so I had no choice but to go full gas. I got a nice gap and managed to get the win. I’m wearing this beautiful jersey, and hopefully I can hold onto it for a few more days.”

“I was feeling okay at the start of the race,” Maris said. “It was a long race so it wore down on me, but it wears down on everyone. I was feeling okay. Maybe I could have done better, but I’m really happy with how I finished.”

Today’s challenging 90-mile road race started with six laps of a 14-mile circuit before turning onto the final climb. Attacks started almost immediately, but it took a lap before KOM leader Kaler Marshall (Expeditors) and Chris Riekert (Mikes Bikes) formed an early break. The duo took turns lapping up points in the KOM and sprint competition, with Marshall intent on keeping his red jersey and Riekert eyeing the green.

With four laps remaining, the duo were joined by Luke Feuerhelm (Above and Beyond Cancer) Will Teal (Fount) and Tom Schellenberg (TaG) and together gained an advantage of more than four minutes before the peloton began their chase.

With 40 miles (60km) to go, the officials opted to stop the race due to safety concerns.

“The reason why we stopped the race is that we got separated from our marshals and we weren’t able to contact them,” Chief Referee Jeff Wu said. “We had to pull those marshals back to make sure the riders were protected.”

When the race restarted, the break began to fracture as the laps counted down, and on the final circuit, only Marshall was left to collect the remainder of the KOM points, further solidifying his lead in the mountains classification. By the time the peloton reached the foot of the Oak Glen climb, it was all together and anyone’s race.

“Going from the start of the climb was really steady,” Marris added. “There weren’t a lot of attacks until about halfway up the climb. A L39ion rider and a CS Velo rider attacked. I just stayed in the group, it was still pretty steady. Eventually, I got in another attack, we caught the 2 riders off the front and then we went down to 3 riders, then sprinted. I was third wheel, I was only able to come around one rider.”

With less than 35 seconds separating the top 5, tomorrow’s 9.1mi/14.6km time trial has the opportunity to shake up the overall standings. The first rider in the men’s competition will set off at 12:30 p.m. PST. 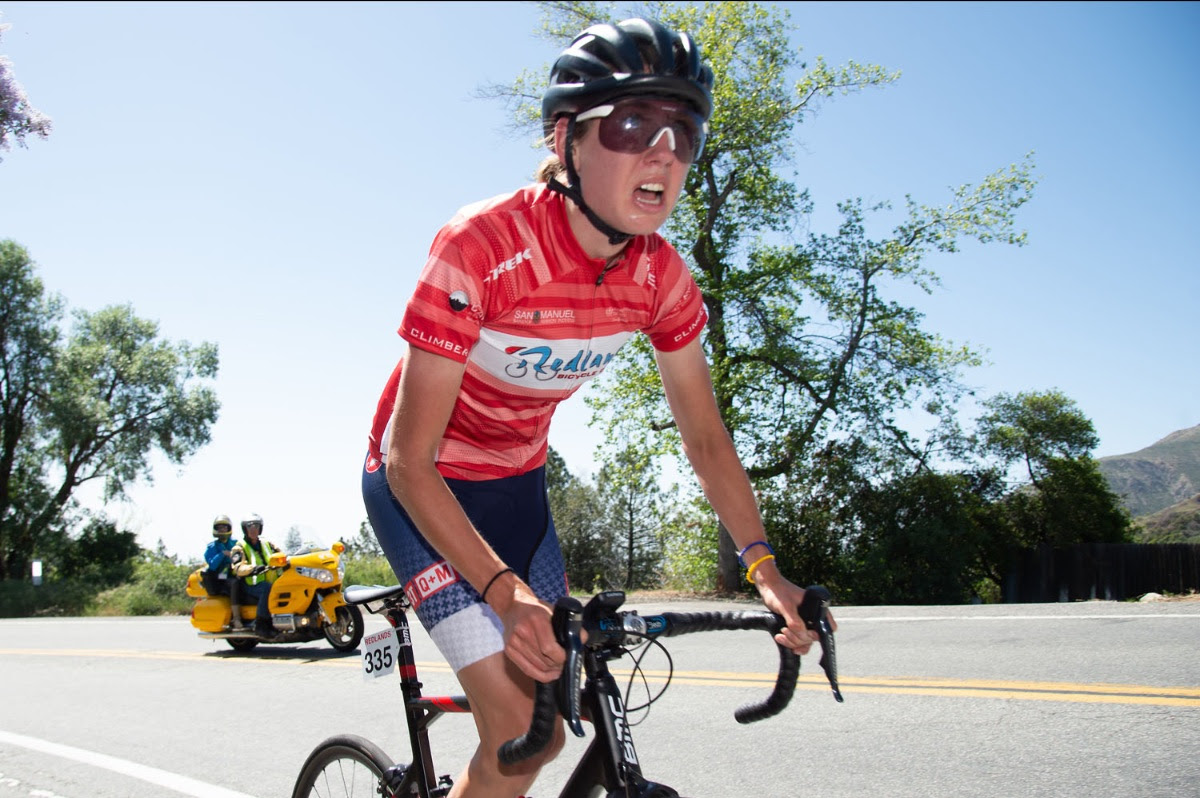 The pro women set off for their 61.8-mile trek on the Yucaipa circuits later Thursday morning, with all eyes set on the Oak Glen finishing climb. Heidi Franz of InstaFund LaPrima began the day in yellow with only a 5-second lead. The day would belong to Emily Marcolini of 3T / Q+M Cycling, who would build on her success in stage 1, conquering the stage in the end.

The Canadian attacked shortly after the turn off the circuit, near the base of the 5.4-mile climb. She was followed by a chase group of 7-riders, including three from DNA Pro Cycling – the Colombian National Road Champion, Diana Peñuela, Anet Barrera, and Erica Clevenger. Marcolini looked back to see a growing gap, kept her head down set in time trial mode, crossing the finish to win 41 seconds ahead of Peñuela and Clevenger in third.

“Just before we made the last turn to come up the climb, I had my team go to the front so that I could for the QOM points,” Marcolini said at the finish. “Instafund came to the front, they were riding a moderate tempo and it just felt like the right time to go. I launched my attack. I was hoping a few other riders would go with me, I wasn’t planning on going solo for 5K but that’s how it ended up happening. I looked over my shoulder and saw that I had a gap. I put my head down and hoped that I had enough in the legs to get to the end.

“I still feel relatively new to the sport even though I’ve been in the sport 4 years now. Today, I could feel that I was more comfortable in the pack then I have been in the past. That definitely gives me a huge amount of confidence going into the rest of the week. I haven’t time trialed in a long time, so we’ll see how tomorrow goes. The crit is always interesting and hard to predict so we’ll see what that brings.”

DNA Pro Cycling had numbers on their side in the chase group. Once Marcolini attacked however, the group was unable to match her pace to bring her back. Peñuela was the only rider able to respond in the end, managing to move up to second on GC.

“The strategy was to be in the front and follow the attacks. Emily went early, from the bottom of the climb and we didn’t expect that,” Peñuela said. “We tried to catch her but she’s very strong. This race, the final stage is pretty important for the overall result, it is really tough. We are waiting for that day as a team. The crit is a target also since we are a crit-focused squad. We are excited to see what will happen.”

Haley Smith of Team ATX Wolfpack Racing was part of the chasing group, finishing 7th on the stage to maintain her lead in the Best Amateur Jersey competition. Olivia Cummins of LUX-CTS leads the Points Classification green jersey. Marcolini also extended her lead in the Queen of the Mountain classification, leading Peñuela by 9 points, and on GC by 58 seconds.

The women start the stage 3, 9.1-mile Devore Blvd. time trial at 11 AM, with the men racing directly after. 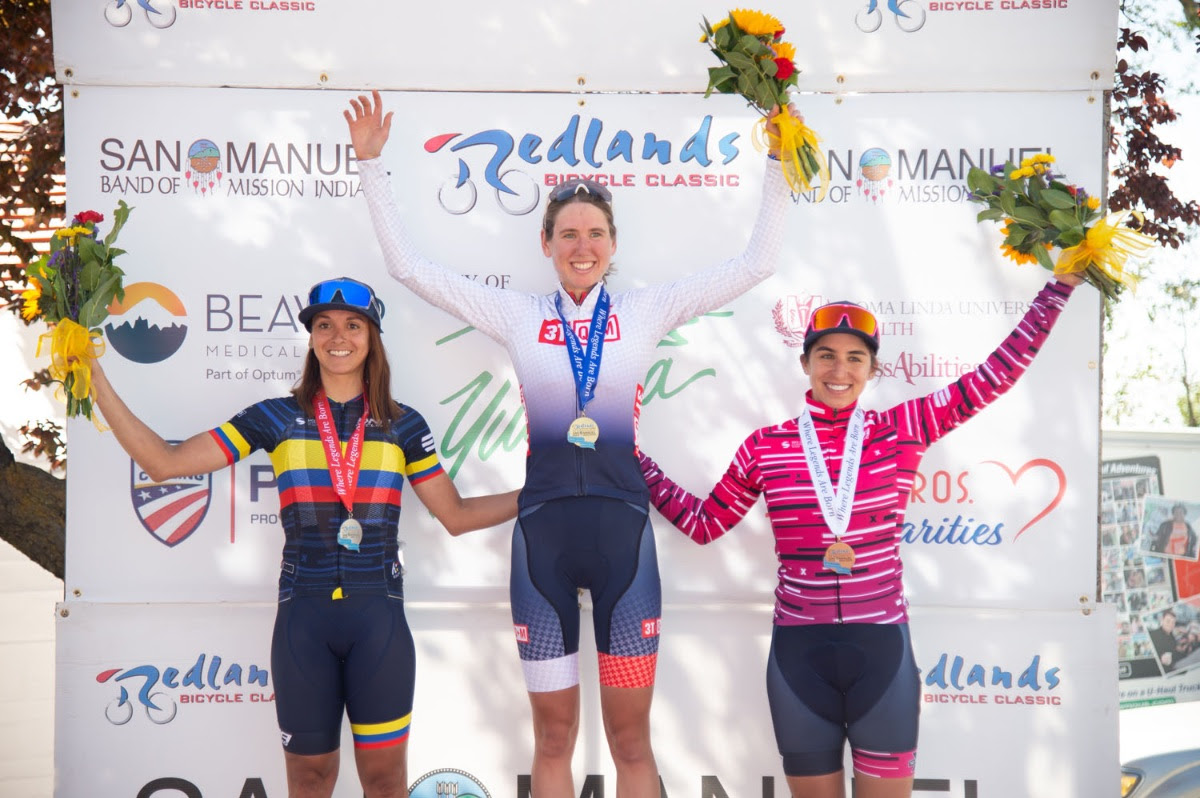 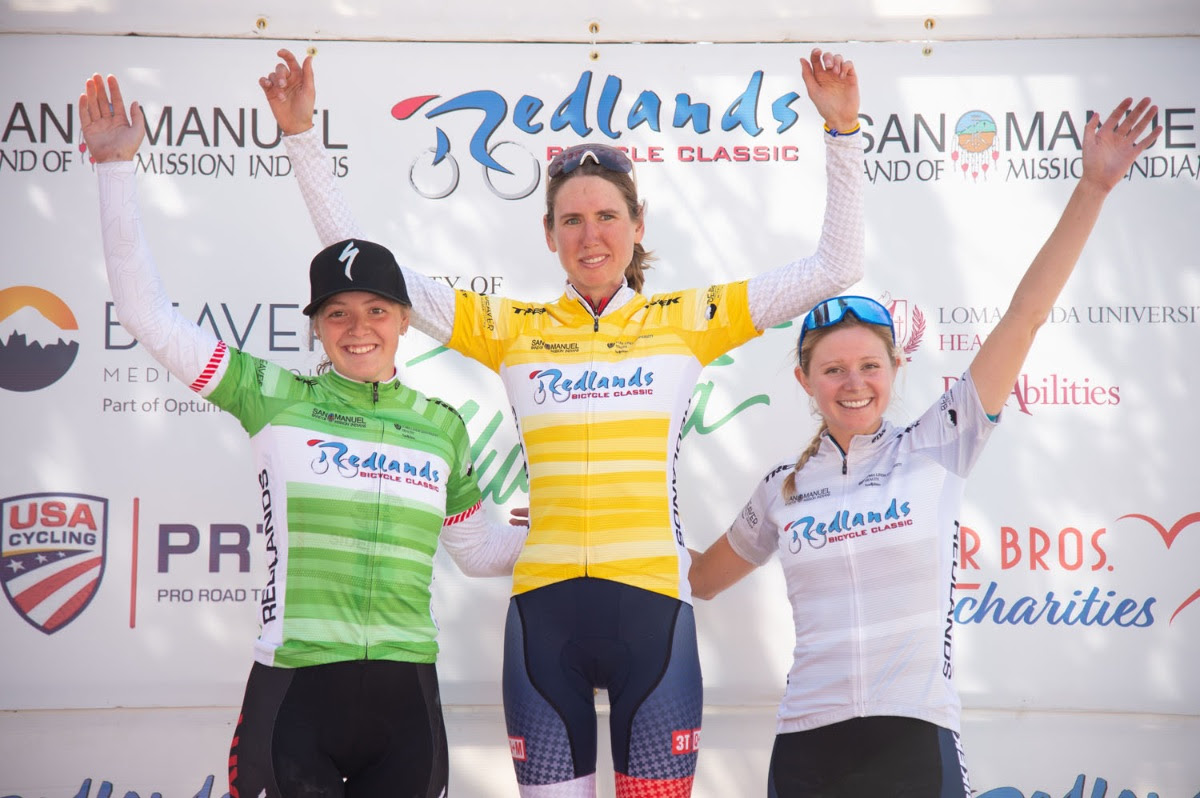 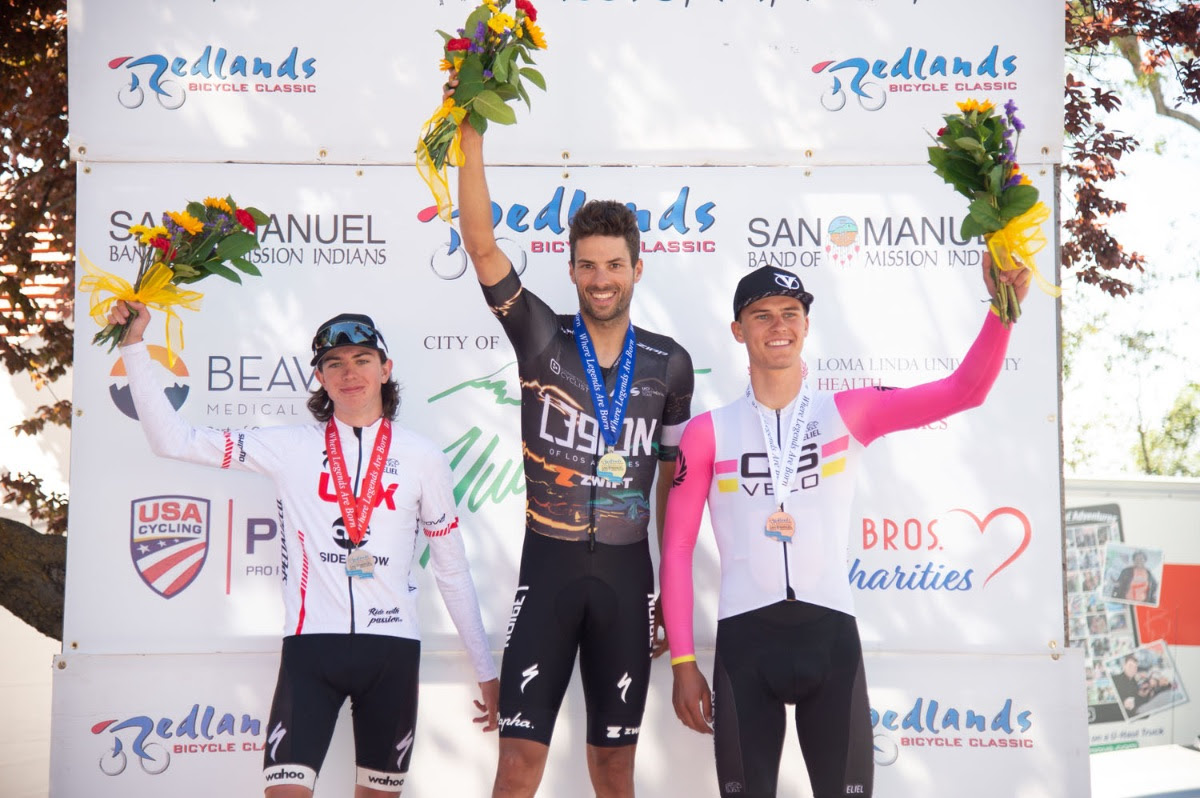 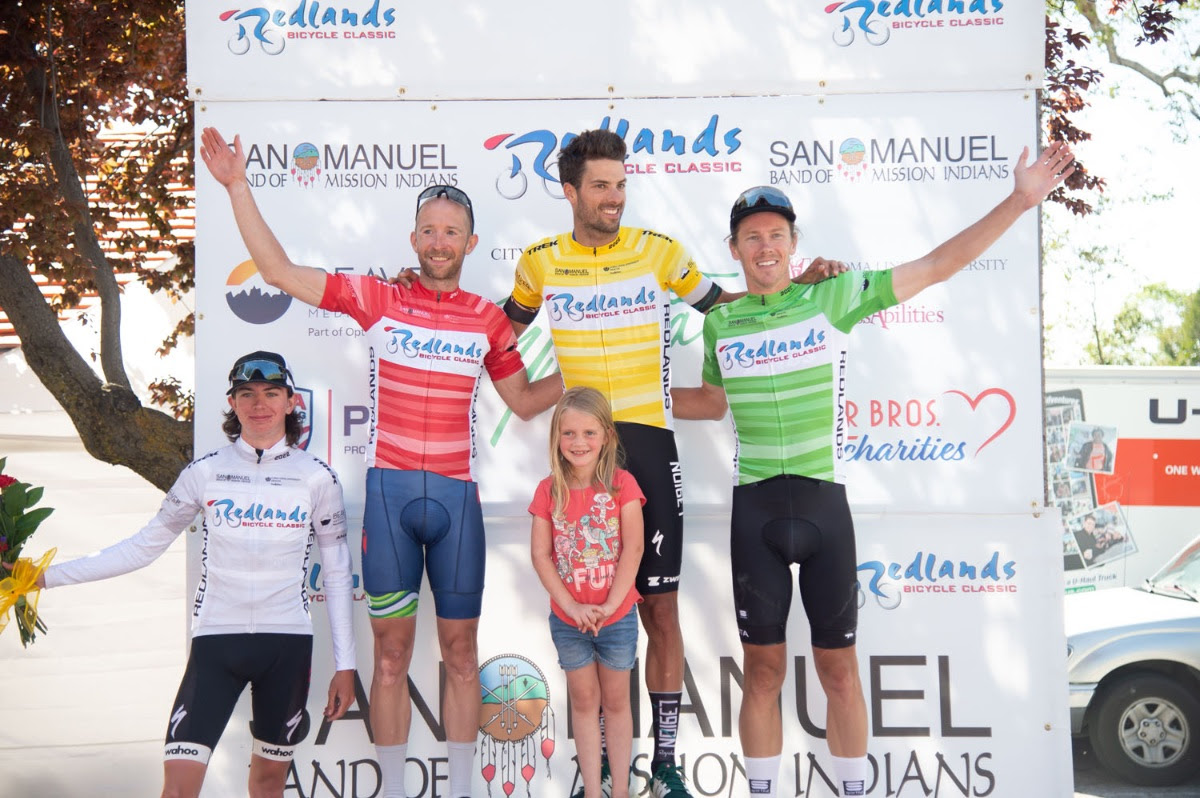 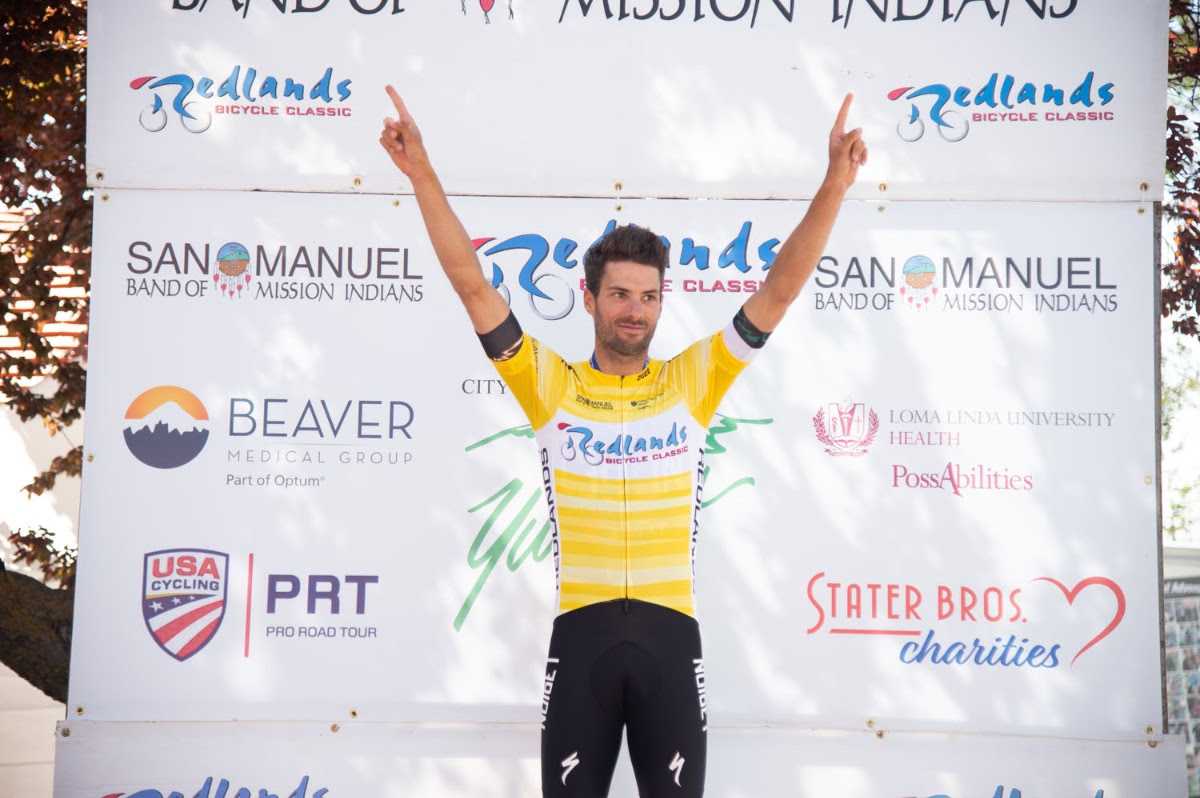