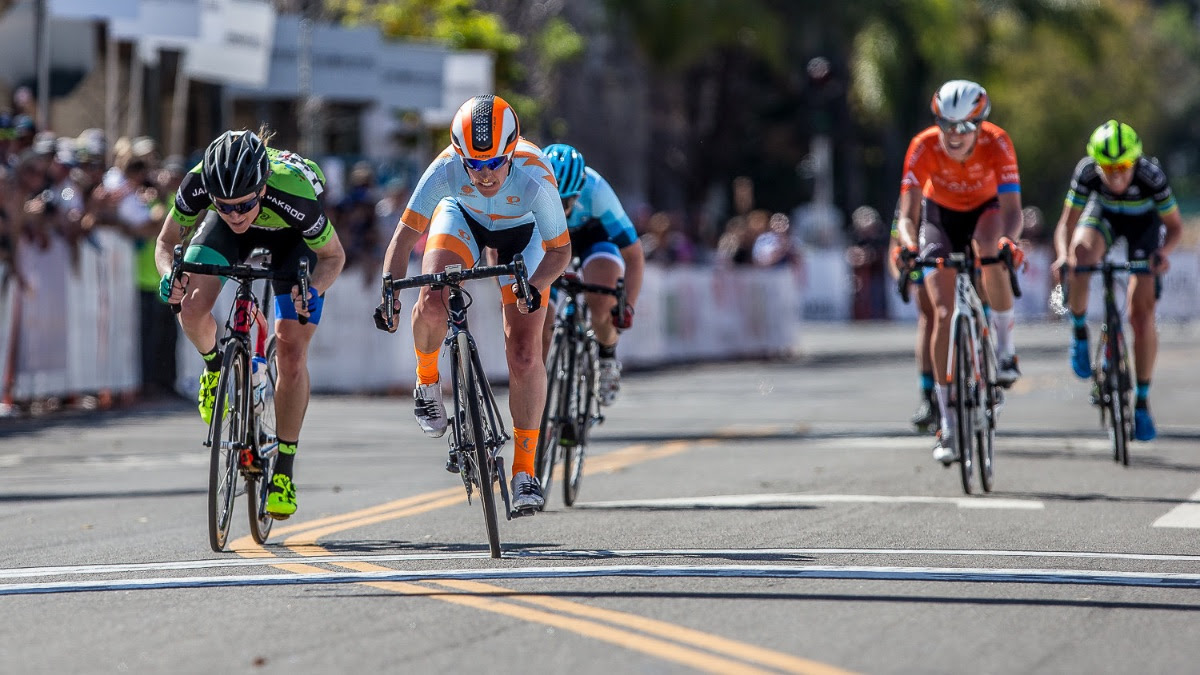 March 16, 2019 (Redlands, CA) – Rachel Langdon (Amy D Foundation) took victory in the Redlands Criterium today, sprinting from the breakaway ahead of sprint leader Lily Williams (Hagens Berman Supermint) and Helena Coney (Instafund La Prima). Langdon didn’t hold back around the final turn to the line and wound up a sprint that only Williams could challenge.

Putting herself into the early move of six which included Williams, Coney, Abby Mickey, Emily Newsom, and Lauren Stephens, Langdon wasn’t guaranteed the breakaway would stick in the later part of the race, when Rally and Supermint began to drive the peloton closer.

“It kept dangling and I thought for sure we were going to get caught,” Langdon said. “And every time we came around the turn, Hagens would drive it a little bit more. With two to go I was planning on the break sticking and thinking about what my plan would be from there.”

The hour long criterium in downtown Redlands has traditionally seen surprise finales and today’s action was no exception.

“I love Redlands Classic, the circuits and the road race, but obviously in the crit I get to have a little bit more fun,” Langdon said. “I didn’t have a great day yesterday, so I think that fueled my fire a little bit more today to get into the break and play a smart race.”

Race leader Amber Neben finished safely in the bunch and starts tomorrow’s Sunset Loop Road Race a minute and one second ahead of Emily Newsom (Tibco).

“Tibco, Sho – Air, Rally – all three teams are in the mix for GC, so it’s going to be a super hard day. There’s a lot of racing ahead and there are no guarantees at this point,” Neben said.

After the criterium, Neben was honored with the annual Redlands Classic Legends award, a testament to her ongoing legacy, on and off the bike. The award is usually reserved for a retired athlete, but Neben was this year’s exception.

“I was surprised because I’m still racing, but it’s such an honor,” Neben said. “I love this race and it has such and place in the history of the sport, you look at all the riders who have come through here and to be on that list is super special.” 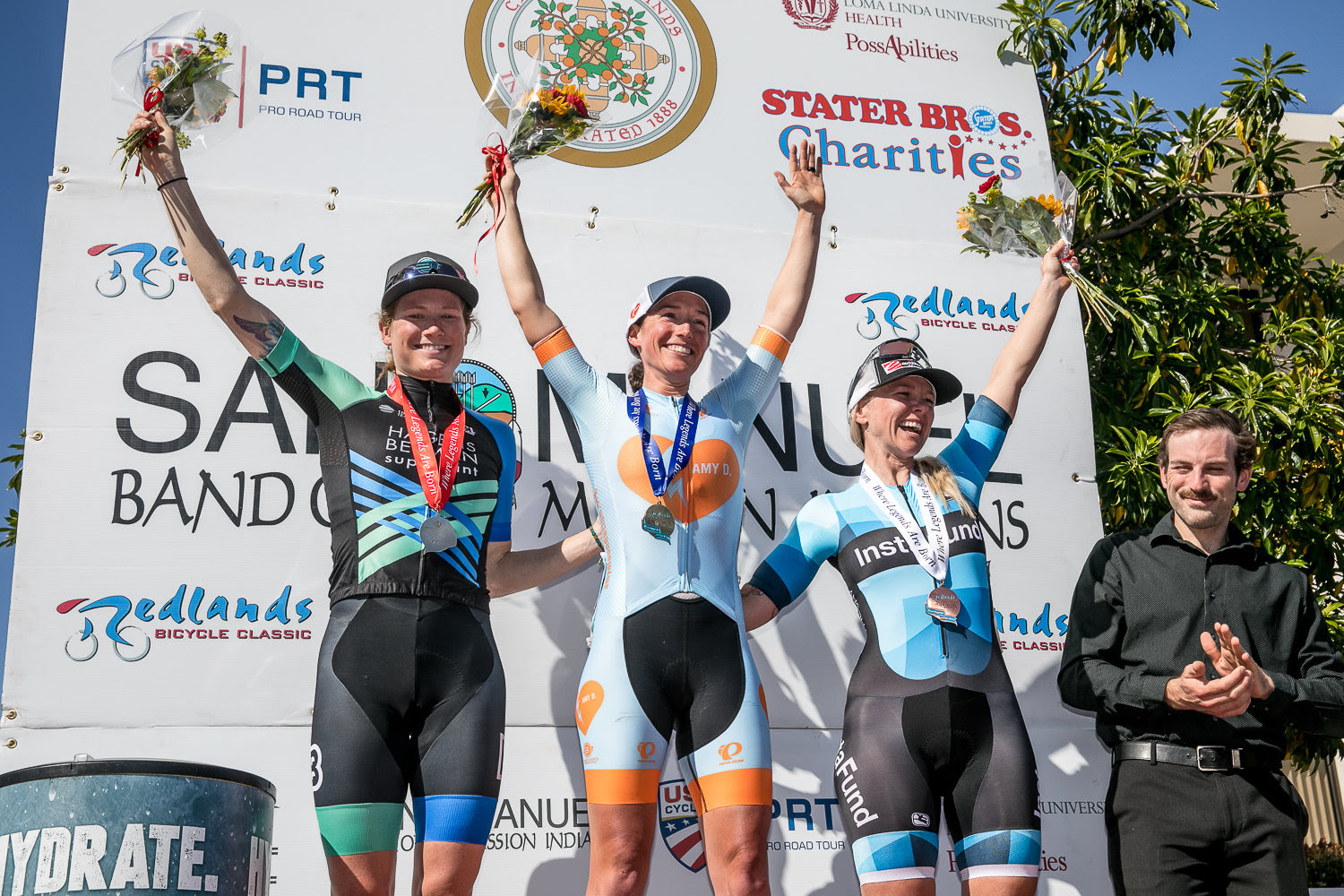