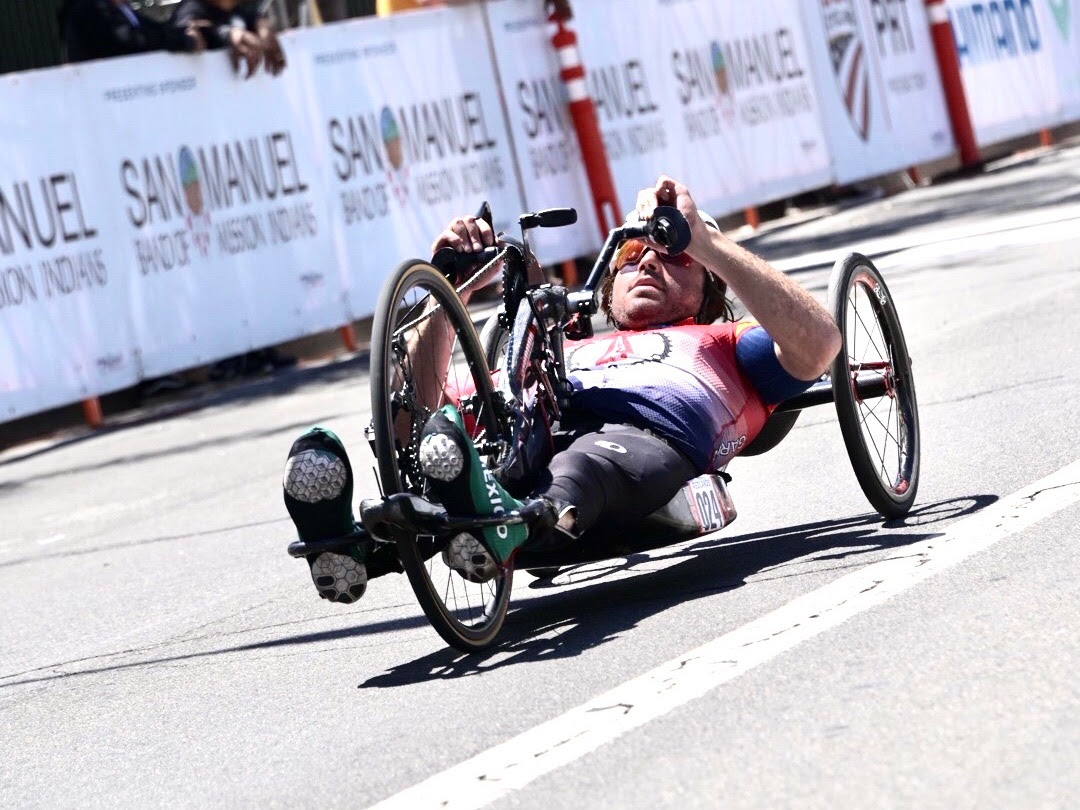 Redlands, CA (April 24, 2022) – The PossAbilities Para-cycle Race Series completed its final day of racing on Sunday to wrap its 13th edition of the event, with a variety of athletes competing on the same course as abled professionals. The athletes are categorized based on their impairment or injury with H for hand-cycles and C for upright and recumbent.

The Redlands para-cycle race series has become a target for many athletes contending for a spot on Team USA, sizing up their competition in preparation for nationals and world cup events later in the season.

Emanuel Herrera with Paralyzed Veterans Racing (PVR) has raced the Redlands series since it’s inception. He finished second in the recumbent category for Saturday’s relay and Sunday’s crit, after placing 4th in both the Route 66 time trial, and Yucaipa road race.

“It’s awesome to be racing on the same course as the professionals here at Redlands, where legends are born,” Herrera said, smiling after the podium ceremony in downtown Redlands.

Owen Daniels dominated the series, finishing first in his MH3 category for athletes who are paraplegic, with impairment from T4-T10.

“It was a good race, really fast. I’ve been really pushing the last few days so I wanted to keep it together the last few laps, just kind of get the crowd into it, to get into pack racing,” Daniels said after his win on Saturday’s relay. “I followed coaches’ orders and followed the guy, but then went out on my own to try and keep the power high and consistent. I ended up first, which was the goal for this weekend.”

The sport of para-cycle is relatively young, with hand cycles designed in the late 1990’s. It was not until para cycling debuted in the Paralympics in 2004 that the sport truly became competitive.

PossAbilities at Loma Linda University Medical Center teamed up with the Redlands Classic in 2007 in an effort to bring awareness to the sport and for people with disabilities. The PossAbilities Para-cycle event was the first in the country to incorporate all para-classification on the same course as abled professional athletes.

Since its inception, the race has continued to attract top para-cycle athletes from around the world. The slogan ‘Where Legends Are Born’ holds true for the para-cycle races as well, where many legends in the sport have been discovered. The race has hosted numerous national and world champions along with Paralympic medalists from around the world.

“It is such a blessing to host a world-class event for para-cyclists and provide them with an opportunity to ride pro courses in their sport,” Race Director Cotie Williams said. “Many of those that race Redlands will make (or have made) Team USA and represented the United States in the Paralympics.”

Celebrating its return after a 2-year Covid hiatus, the PossAbilities Para-cycle Race Series hosted four stages including a time trial, road race, and two criteriums. Due to the technicality of the courses – upright cycles, tricycles and tandems – only raced the time trial and road race, while hand cycles raced all four stages. Currently there is no recumbent class in the sport, however, Redlands opened the race to allow recumbent bikes to compete in all 4 stages.

“Some are former pro cyclists that were injured while riding,” Williams adds. “Hand cycling gives them a different way to cycle post injury. I am so proud that Redlands provides a platform to develop such successful cyclists and even more grateful that Loma Linda University understands that value and supports the race.”

One of those athletes is John Collins, making his debut racing in the MC4 category this year.

“I’m very fortunate to get to ride with these amazing athletes riding hand-cycles,” Collins said. “It’s a brand new experience for me. When I got hurt, these are the guys I looked up to. These guys got me motivated to get cycling, and here I am. I’m getting a chance to cycling with them, so thank you Redlands Classic!”

Paul Brown agrees, enjoying each year as a new experience.

“I’ve been racing this para-cycle race since 2012, every year,” Brown said. “My first year compared to my second, I felt like a complete loser. Now it doesn’t matter whether I win or lose, it just matters that I do it and enjoy the path forward that God has given me.

“I was amputated in 2012 and found the only solution for me was to do this. Racing my bike has helped me feel whole again. That’s what Team PossAbilities has taught us, through the goals at the hospitals and the individuals who are doing this. Today was no exception, it was a great day.” 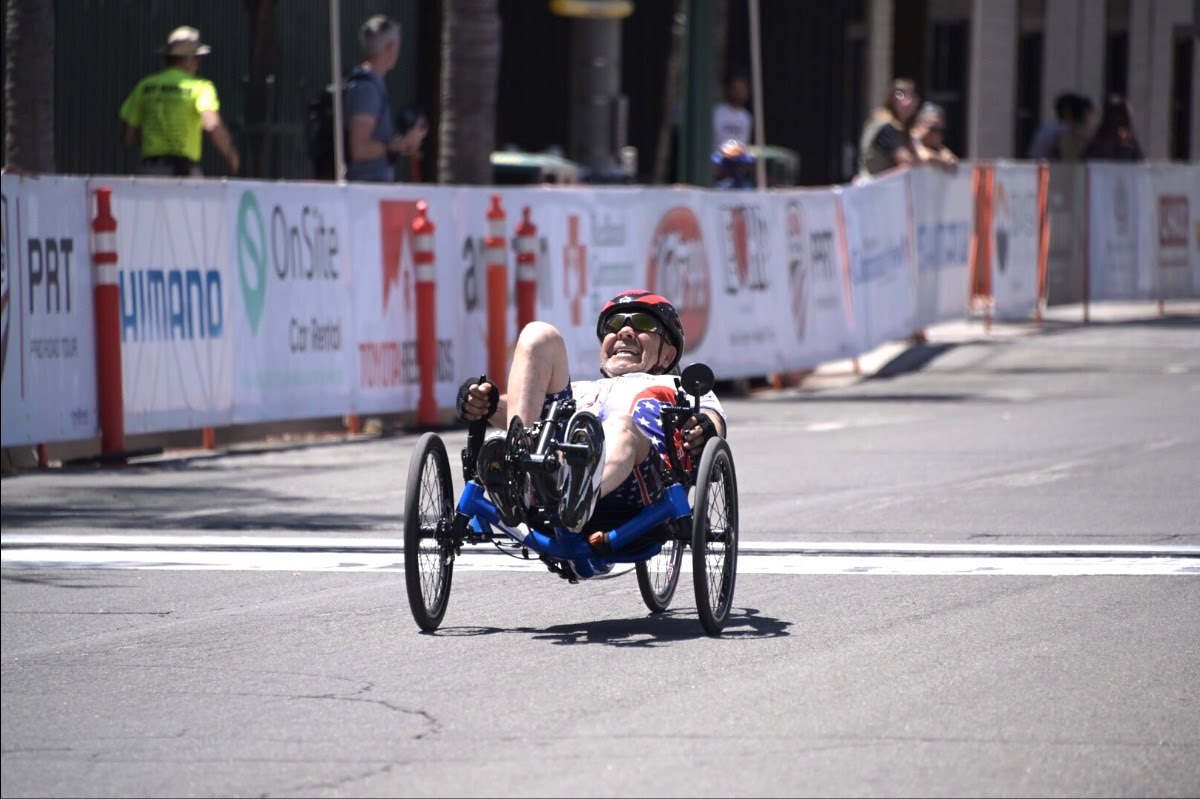 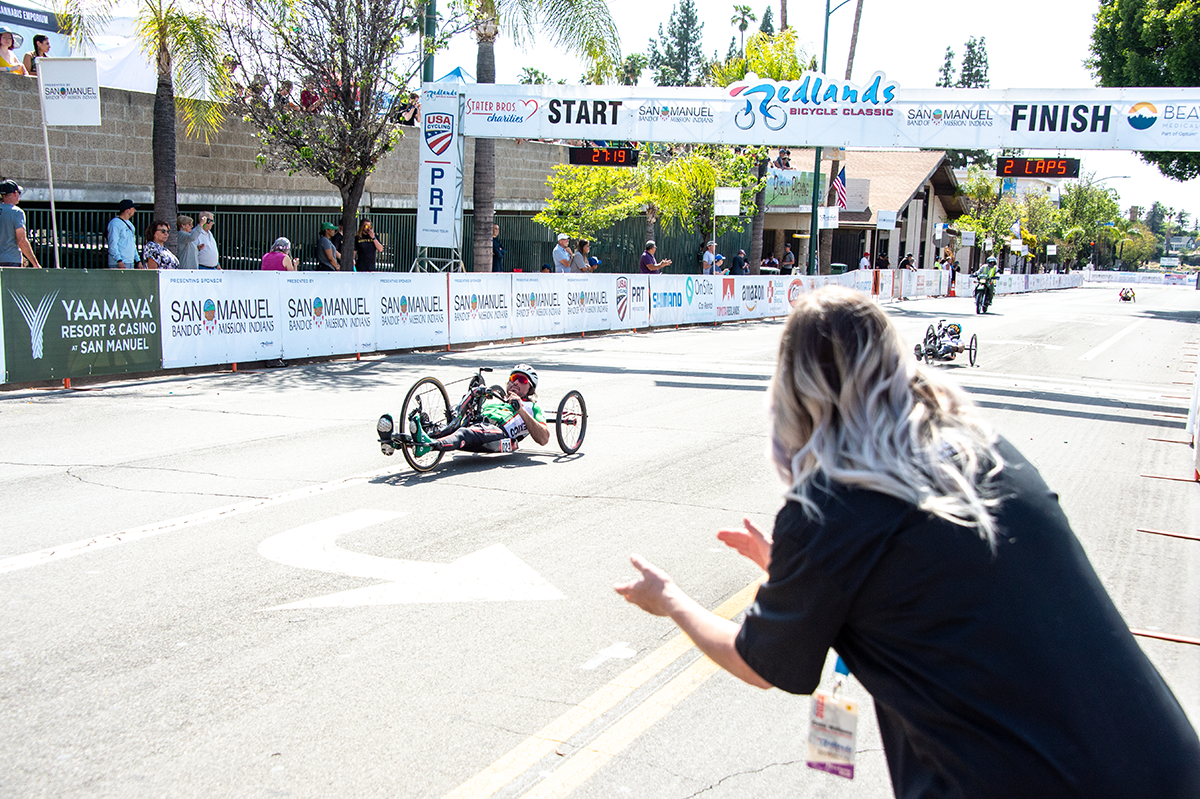 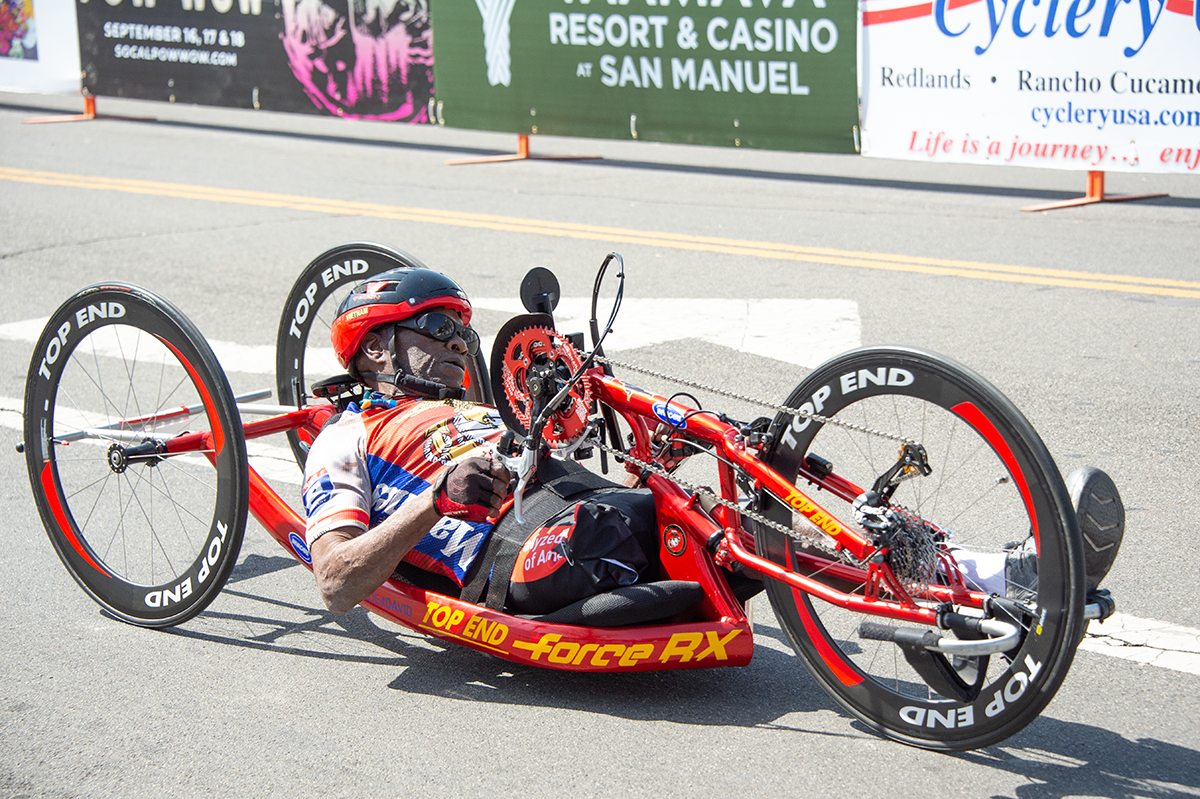