Highland, CA (April 20, 2022) – After a two-year hiatus, the five-day Redlands Bicycle Classic presented by San Manuel Band of Mission Indians is back in action, and the 36th edition promises to be bigger and better than ever with new, exciting courses for racers young and old. New this year is a 9.1-mile time trial along old Route 66, which organizers previously included in the 1996 event.

Offering competitive courses for both elite men and women athletes, the Classic consistently attracts the best from all over the world, and this year is no exception. Colombian national champion Diana Peñuela is returning to compete in the San Bernardino mountains with DNA Pro Cycling. As is the men’s team of L39ion of Los Angeles, who were a force on the American Crit Circuit last season.

Racing begins Wednesday morning on the Highland Circuit, with the pro women launching the festivities at 8:45 AM PDT, followed by the pro men at 11 AM. The women will complete 14 laps for a 41.3-mile course and the men racing for 20 laps for a total of 58.1 miles. Kevin Vermaerke was the last winner of this stage in 2019, racing for Hagens-Berman Axeon, along with Megan Jastrab racing then for Rally Pro Cycling. Both are now racing on the WorldTour in Europe adding to the long list of talent that has been a staple of the Redlands Classic. Jastrab’s younger brother, Ryan, will hope to add to the family palmarès, racing with Wildlife Generation.

Stage 2 returns to the famed Yucaipa road race with the finishing climb up Oak Glen Road. The men will head out on course first at 10 AM for 6 laps of the lower circuit before climbing up to the finish for a total of 90 miles. The women start at 11:10 AM local time, completing 4 laps before their turn up Oak Glen completing 61.8 miles. Stephen Bassett racing for First Internet Bank won the stage in 2019, with Kristal Doebel-Hickok who was first across the line for Rally. Bassett has made the jump to Europe, racing with the Pro Team, Human Powered Health (formerly Rally Pro Cycling). With both races wide open, fans are sure to expect an exciting battle for the second day of racing!

Following the Individual Time Trial for stage 3, riders will head to Downtown Redlands for the City of Redlands Crit. Rachel Langdon (Amy D Development) and Noah Granigan (Floyd’s) won here in the last edition. After a morning filled with festivities from the kids races to our para-cycle events, the women will set off at 2 PM for a 75-minute race around the one-mile circuit, followed by the men at 4 PM for 90 minutes. Look for DNA Pro Cycling to battle their crit rivals from the ATX Wolfpack for the win. Another favorite to watch out for is Heidi Franz of InstaFund LaPrima Pro Cycling. L39ion of Los Angeles will be the squad to beat in the men’s race, with the crit powerhouse Corey Williams in the mix, backed by a powerful train that continue to dominate the crit circuit.

Sunday morning, the women will line up for the final stage of the 36th edition of the Redlands Classic on the rolling hills of the Sunset Loop Road Race. They will complete 9 laps of the loop before heading down for a final circuit to the finish for a total of 68.2 miles. Erica Clevenger was the last victor and is the only returning winner from our last edition, racing as the team captain for DNA Pro Cycling. The team also boasts a past champion of the sprint jersey, and Olympic Medalist with the US National Speedskating Team, Mia Manganello Kilburg. 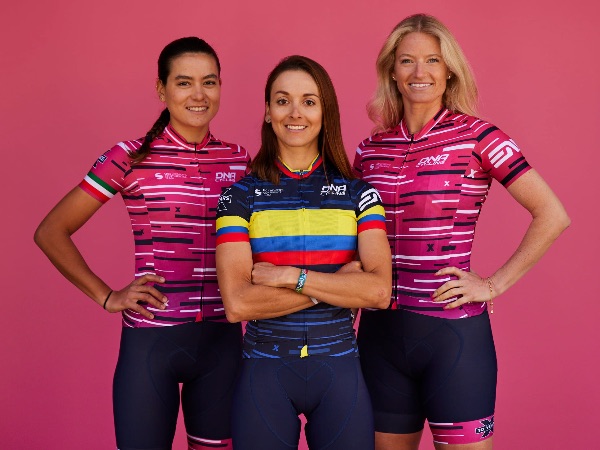 “The whole team is excited and thankful that Redlands is back – from the riders that have raced it to our first-timers,” Clevenger said. “We have big aspirations but understand this is a tough field with a lot of motivated racers and teams – it should be fun!”

The men will start at 4 PM, for 12 laps of the loop before powering down the hill to the finishing circuit, crossing the line for 94.1 miles and wrapping another thrilling edition of the Redlands Bicycle Classic. Quinn Simmons dominated the final stage two years ago to win solo, catching the eye of WorldTour team Trek-Segafredo who signed the rookie soon after. Favorites to watch out for include Ulises Castillo of Wildlife Generation, Matteo Del-Cin of Toronto Hustle, and Tyler Williams of L39ion of Los Angeles. U23 US development squad, Aevolo is also back with fresh talent who have just returned from a strong racing block in Europe. The riders in yellow and green will be looking to add their names to the long list of legends born at Redlands over the years.

“I am incredibly stoked to be racing such an iconic event. Growing up in nearby Los Angeles, the community always raves that the Redlands classic is ‘THE’ event to be in if you’re a bike racer,” Cole Lewis said. “The organizers have done an incredible job getting everyone hyped up and putting on this year’s edition. The team and I are absolutely raring to get things going!” 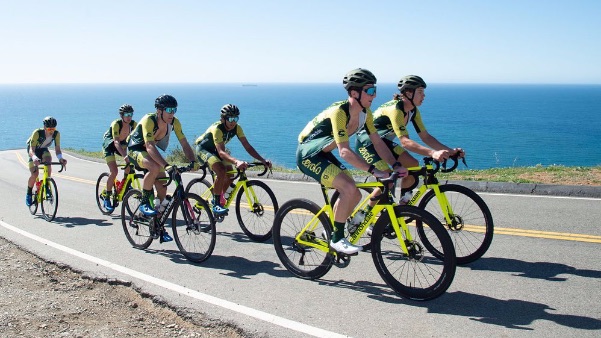