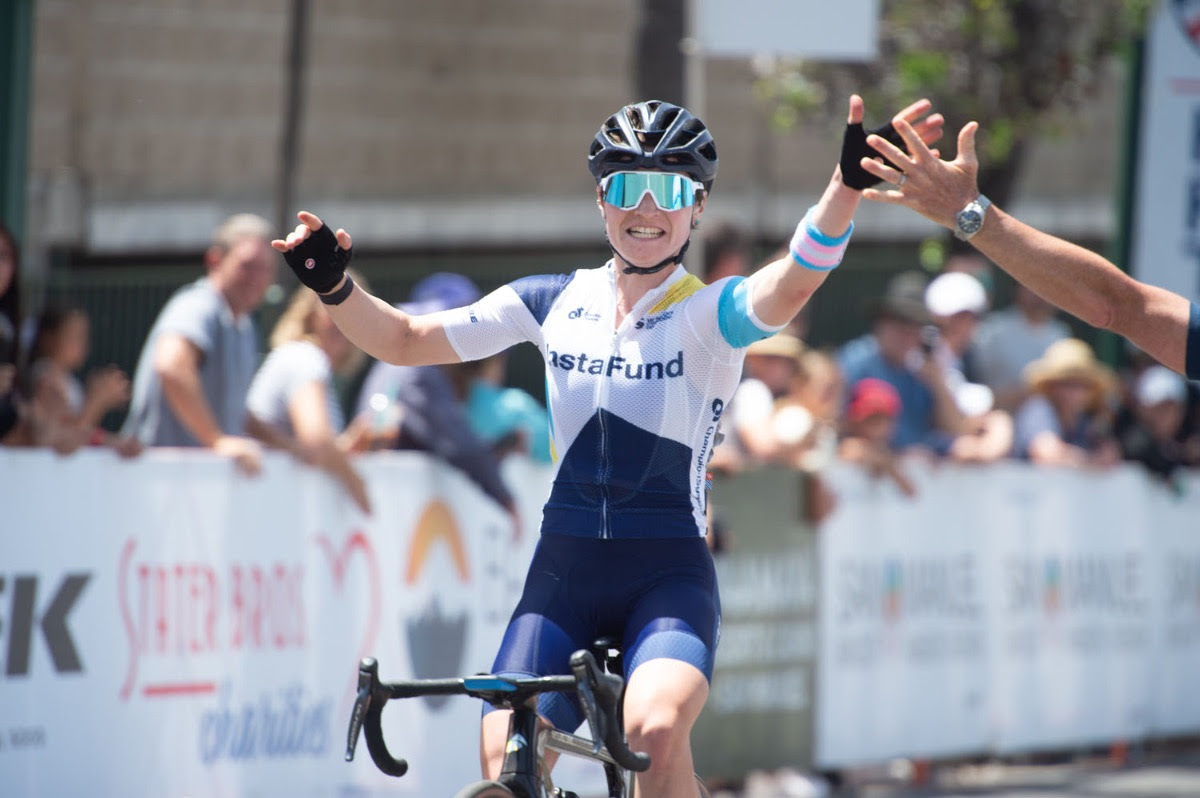 Redlands, CA (April 24, 2022) – Heidi Franz of Instafund LaPrima stole the yellow jersey back on the final day to win the 36th edition of the Redlands Bicycle Classic. She had won the opening stage but lost the jersey up the climb to Oak Glen on stage 2. Her breakaway companion of the day, Erica Clevenger went two for two winning the 68.2-mile final stage, repeating her victory from 2019 on the Sunset Loop. The DNA Pro Cycling rider escaped with Franz from a reduced peloton in the final laps of the Sunset Loop circuit. Their gap increased with each lap when the chase group refused to work together to bring the duo back.

The chase included the yellow jersey of Emily Marcolini (3T/Q+M) and Clevenger’s teammate, Diana Peñuela. With two other DNA teammates on their wheels, it was left to Marcolini to drive the chase. In the end, Franz and Clevenger would finish with over a six-minute gap knocking Marcolini out of yellow down to third on GC, with Clevenger notching second place from Peñuela. After earning top QOM points throughout the week, Marcolini secured the red jersey in the QOM classification.

“Honestly, I’m so proud of how we rode every single day,” Franz said, speaking of her team. “I won the first day, which was super exciting with an awesome team effort, and got to wear the yellow jersey on day 2. I didn’t have the best climb up Oak Glen, so I lost the jersey but we never stopped believing we could take it back. We knew that the last day everything could change. We had a great crit last night, felt super good in how we were placed going into today.

“It was the perfect race today. The right time to go in the breakaway, with the right person is everything. I owe a lot to Erica (Clevenger) too, my breakaway partner, for helping me to the line.”

Clevenger was elated at the finish, defending her win since the last edition of the Redlands Classic.

“It feels really good after a couple of years off from racing,” she said, speaking of the pandemic. “I wanted to see if I still had it or if it was a one shot wonder. It feels like I solidified myself as a US bike racer. I’m really excited to keep it up for the rest of the season because it’s the first time we’ve had a really full season ahead of us.”

The full week of racing was a question mark for many of the riders in the pro peloton. For many, it was the first stage race they had competed in since the pandemic hit in 2020. The international riders competing had also been blocked from testing their legs against their top competitors for several years due to travel restrictions, not knowing who to watch out for. Marcolini was no exception.

“This was my third time doing this race. I did it back in 2018 with Amy D Foundation, and 2019 with Team TIBCO,” the Canadian said. “This was my first time coming here with such high goals and expectations with this race. Normally I was more in a support role for a team leader. I must say it’s a lot more fun being the person doing the attacking on Sunset Loop rather than having to defend and cover everything.

“I started this week hoping to win a stage and be the top 3 overall. I accomplished that. It still was pretty disappointing to lose the yellow jersey today, but my team rode the best that we could. DNA and Instafund LaPrima were just too strong.”

In her debut at Redlands Classic, 18-year old Olivia Cummins racing for LUX-CTS clinched the green jersey in the points classification. She had solidified the jersey on stage 4 after securing a solid 19-point lead heading into the Sunset Loop. Haley Smith wrapped the week earning the Best Amateur white jersey for ATX Team Wolfpack. 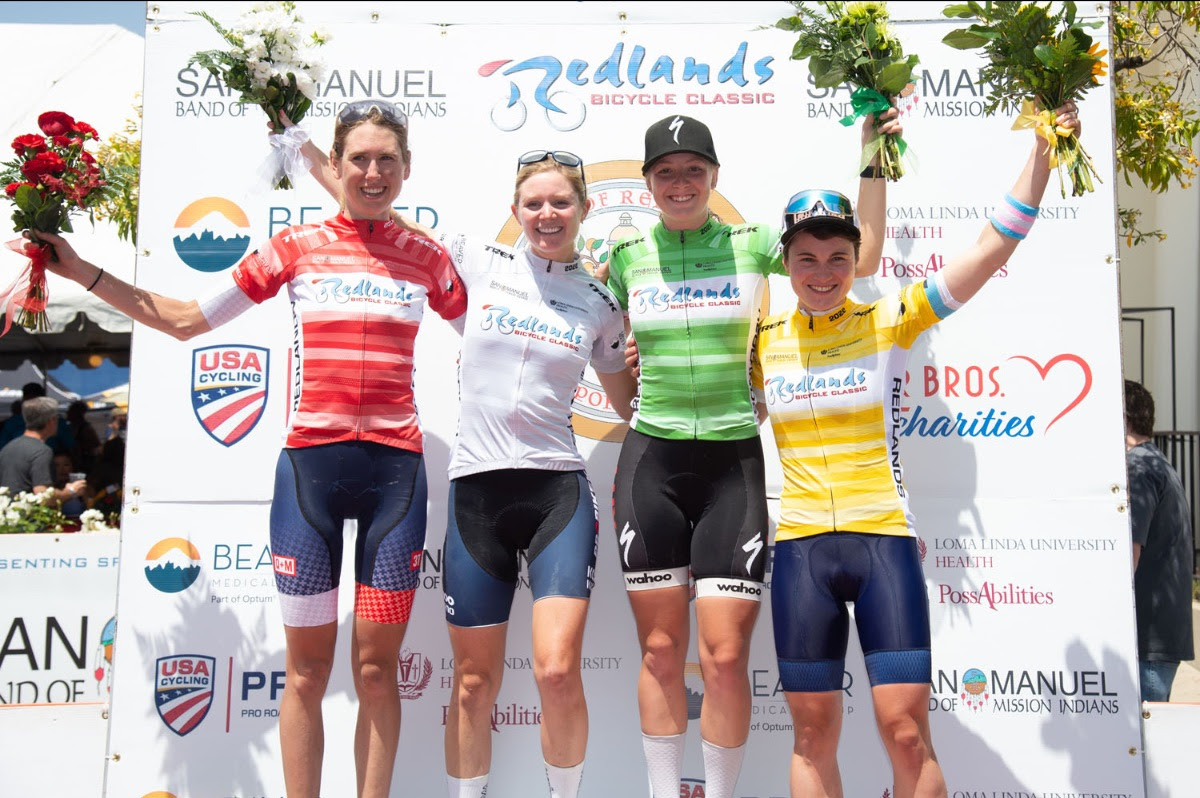 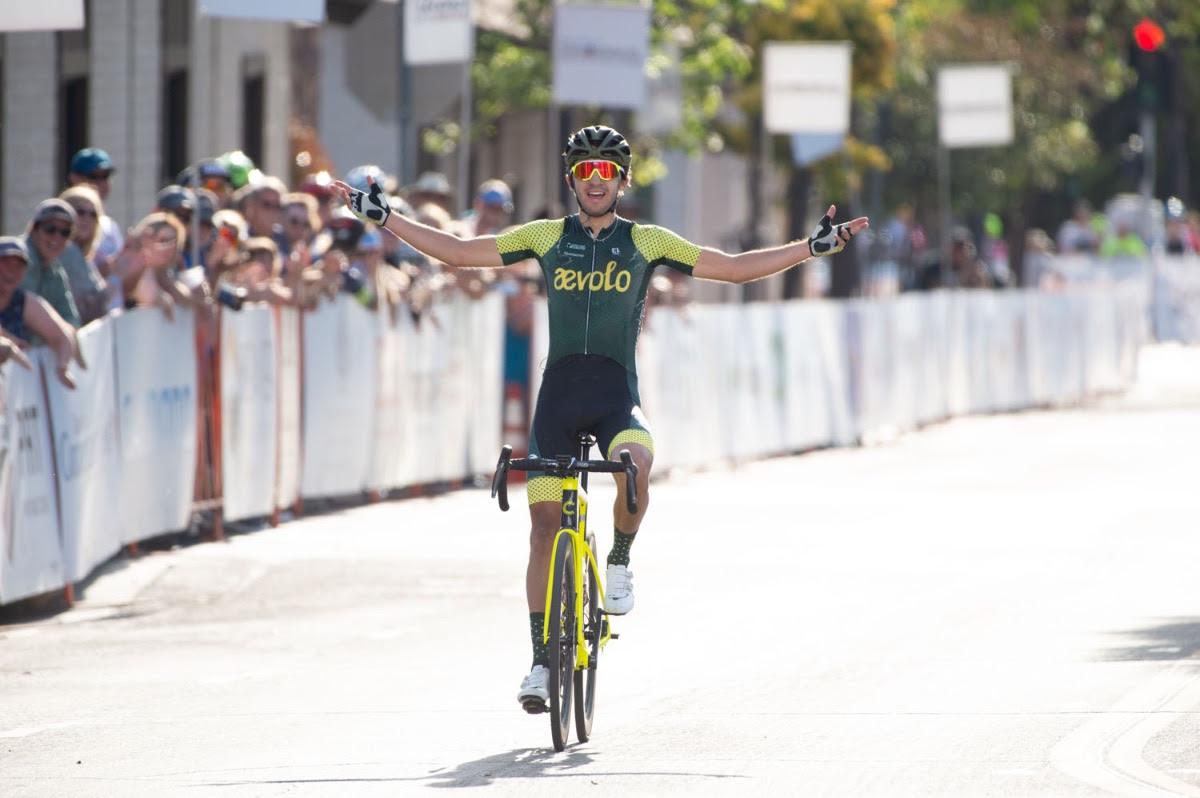 “During the race, Xander (White) looked super strong,” said Stites, who ended up 16 seconds ahead of White to clinch the jersey. “I wasn’t sure if I was going to be able to shake him. I just kept attacking almost every lap in the last five laps or so. On the second to last lap, I got a gap, and just went all-in with a couple of other riders. Then my teammate, Ricky dropped back off the break and went all-in on the downhill, pulling as hard as he could. I caught up to the breakaway on the bottom of the climb on the last lap and went as hard as I could to the finish. I stayed away and found the time gap I needed to win the GC.

“It’s amazing, I still can’t believe it. I didn’t think I was going to be able to win, but here I am, so it’s amazing.”

The winning move came after Scott took advantage of the breakaway’s hesitation in the closing kilometres, countering a strong attack from KOM winner Kaler Marshal (Expeditors) as they entered the finishing circuits. The yellow jersey group, or what was left of it, couldn’t make up the minute deficit as they approached the finale.

“The breakaway was back together going into the final circuits and I really wanted to save it for the sprint,” Scott said. “Going on the first lap, I went off the front a little bit because no one was following my wheel. I put my head down and went and took advantage of the opportunity. I was cramping up super bad, but the fans here are great and cheered me all the way to the line. I’m super stoked to be able to make it.

“It was super fun. I had my director on the radio screaming at me,” Scott continued. “It was really cool to be able to do this for the team. Two days rest and we go to start racing Gila.”

Also part of the 10-man break, Marshal made quick work of padding his lead in the mountains classification over the 12 laps of the main circuit.

“Today was pretty active,” Marshal said. “I know we wanted to defend (the KOM jersey) and I know some teams wanted to go for the time bonus going up the KOM. I figured if they took that, then it was ready to roll into a break and see what would happen. I figured the race was going to come toward the break towards the end of the race, so it was just taking the KOM points and waiting for the race to come. Then, it was just waiting for the finish.”

Second on the day, Davis had another impressive performance on Sunset, catching back to the peloton after spending the first 75 minutes off the back.

“Today was one of the most hectic days we’ve had all week,” Davis said. “The start didn’t go the way I wanted to, so I just absolutely slayed myself to catch back on. I’m really happy they were able to catch the field, and made a move with Tyler and one of the LUX riders with 1.5 laps to go. Because I had gone up the road I was able to sit on and save the legs. I’m really happy that I was able to get in the circuits and get second behind Jared. He’s a great guy, and there’s no one else I’d rather lose to.” 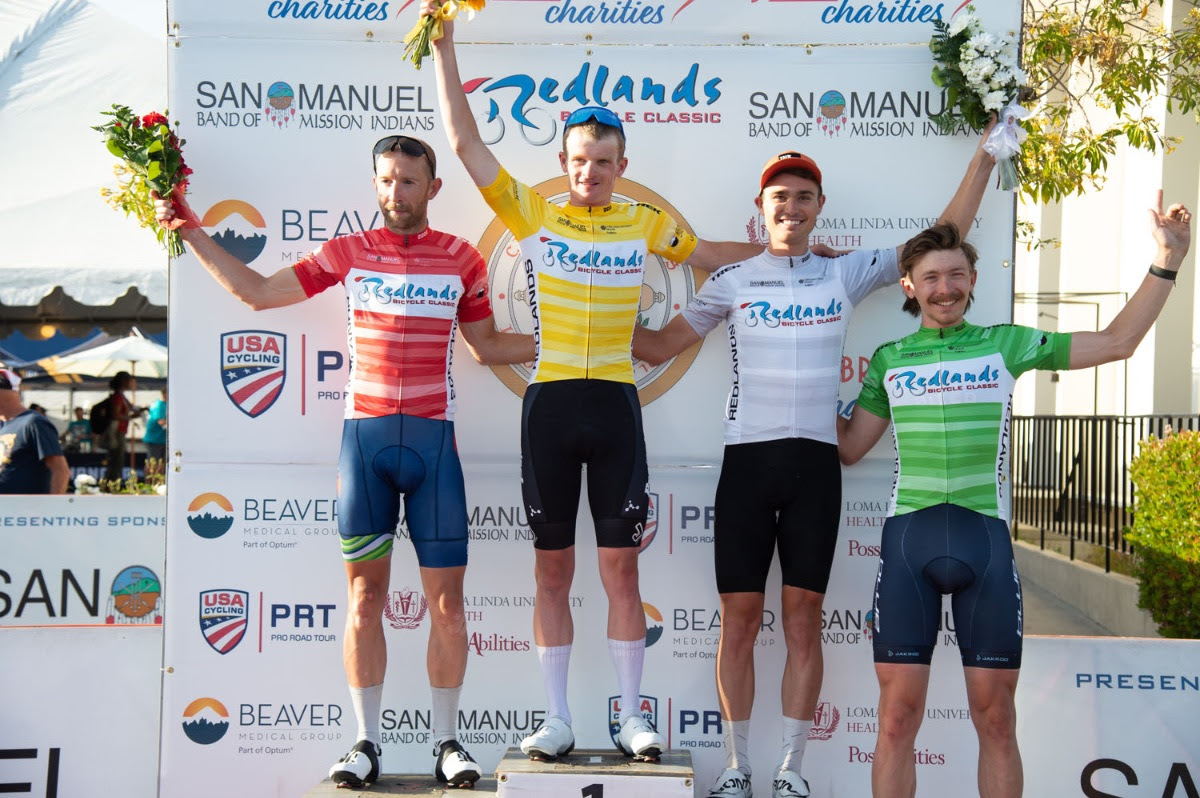 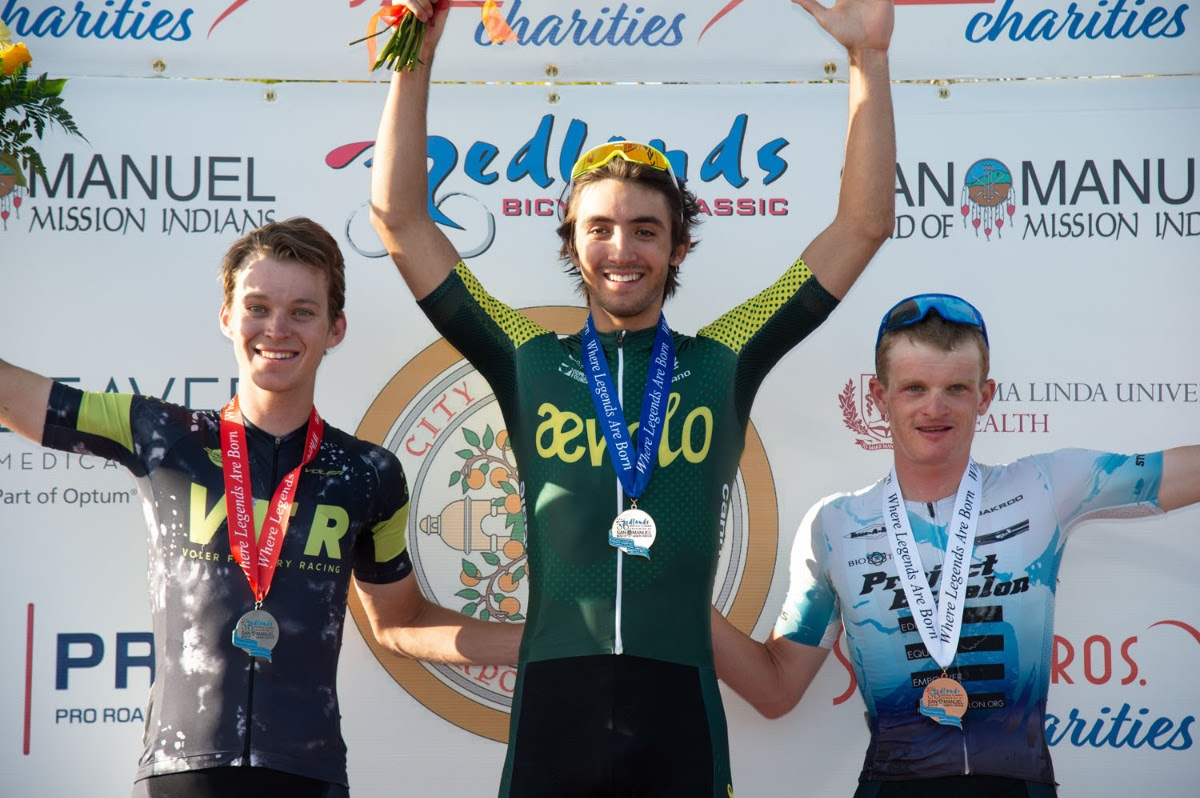 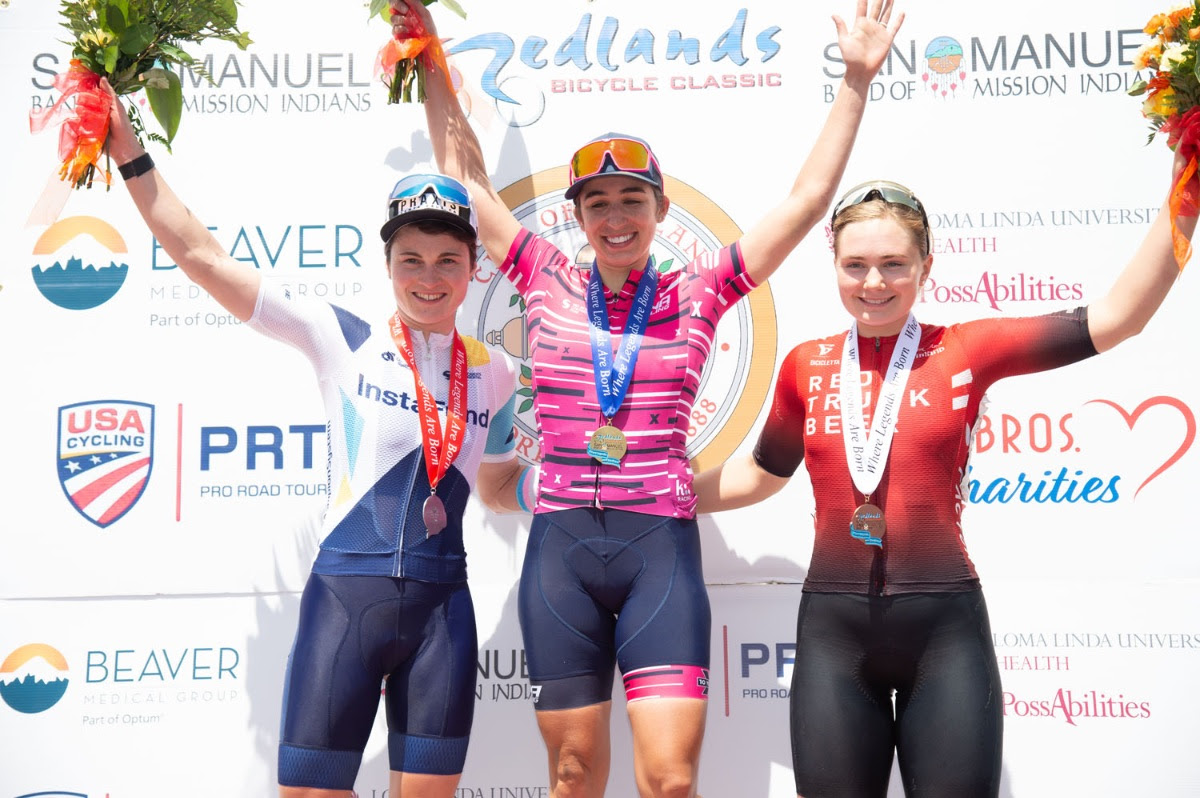 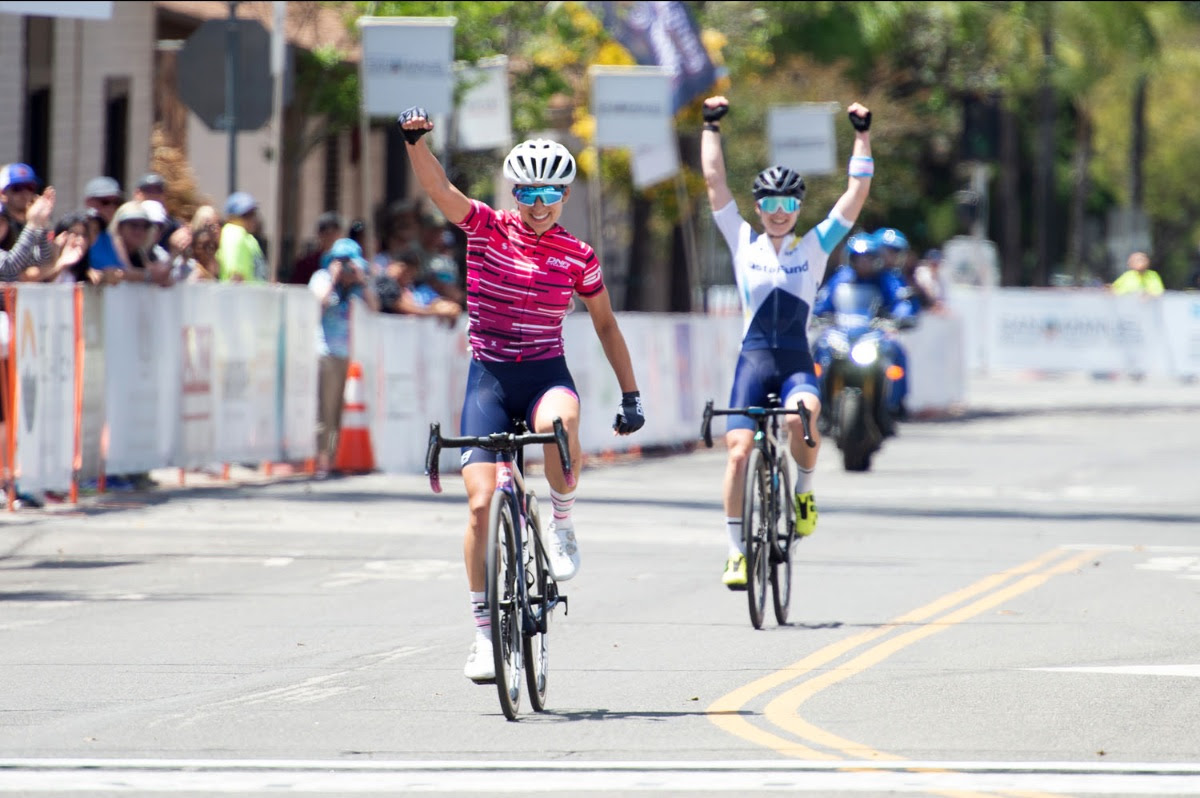 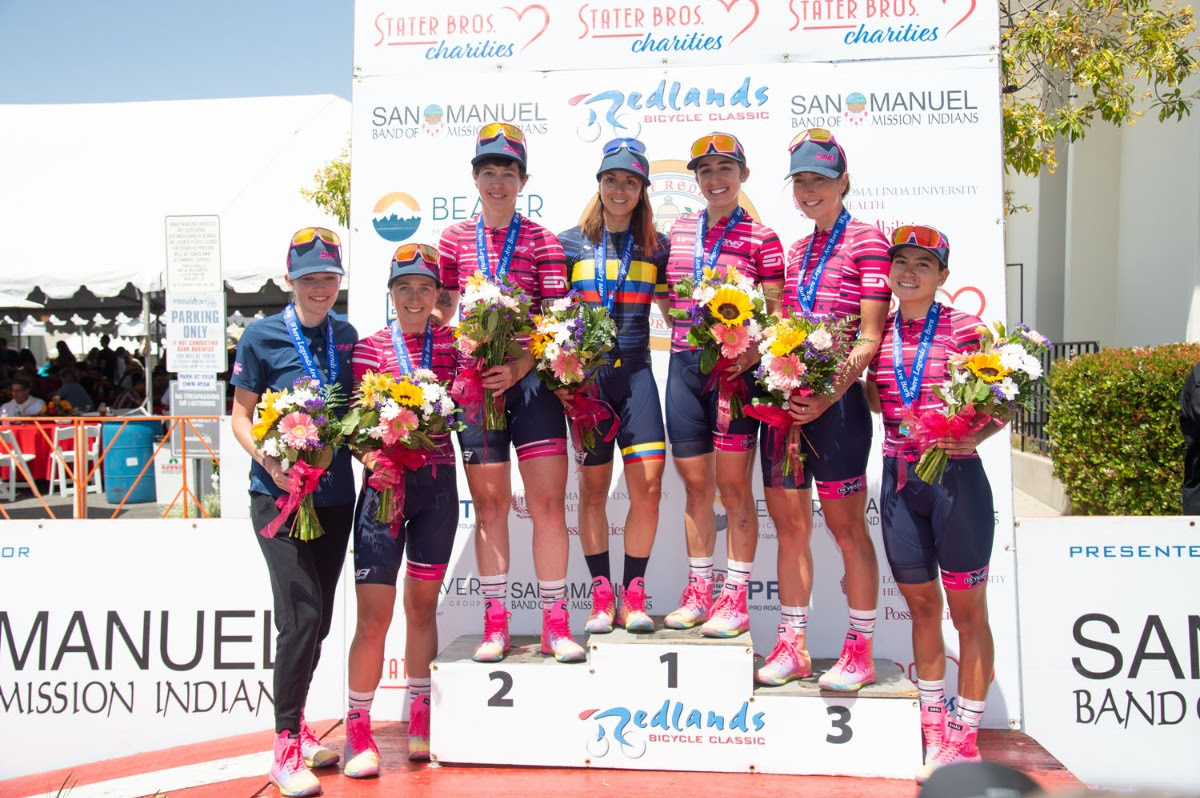 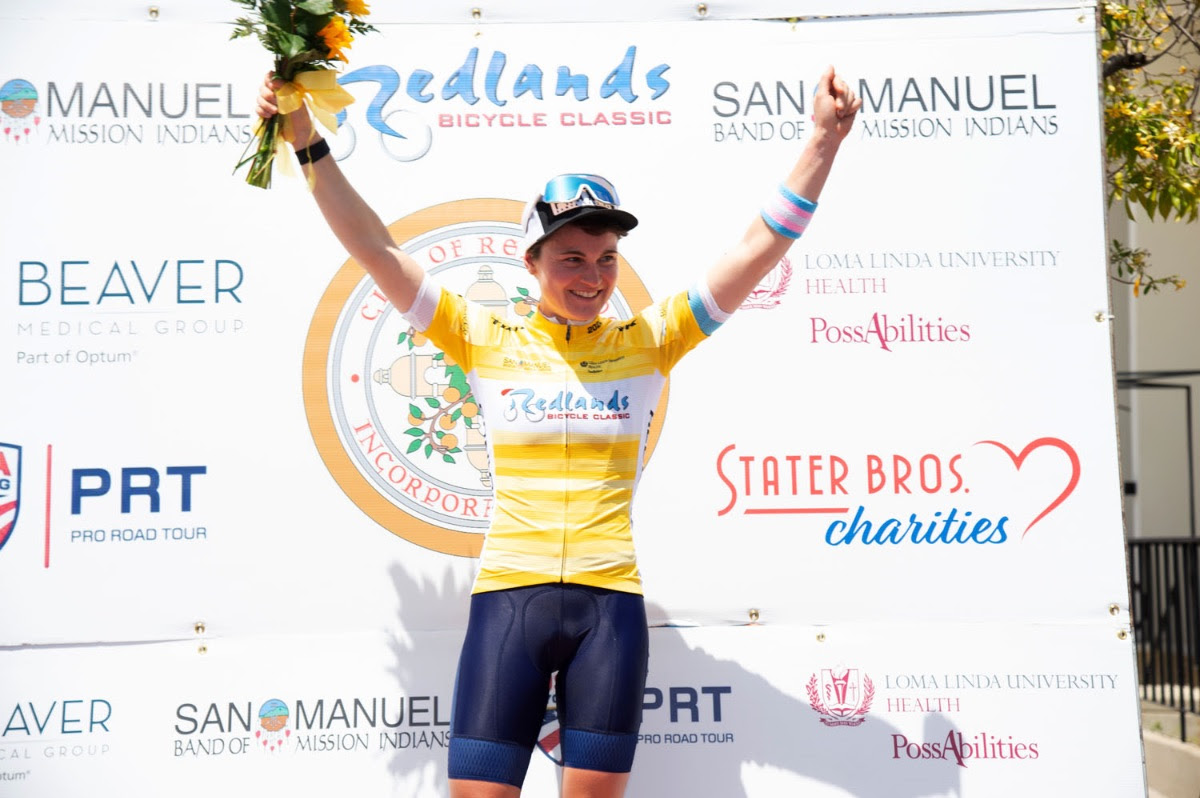 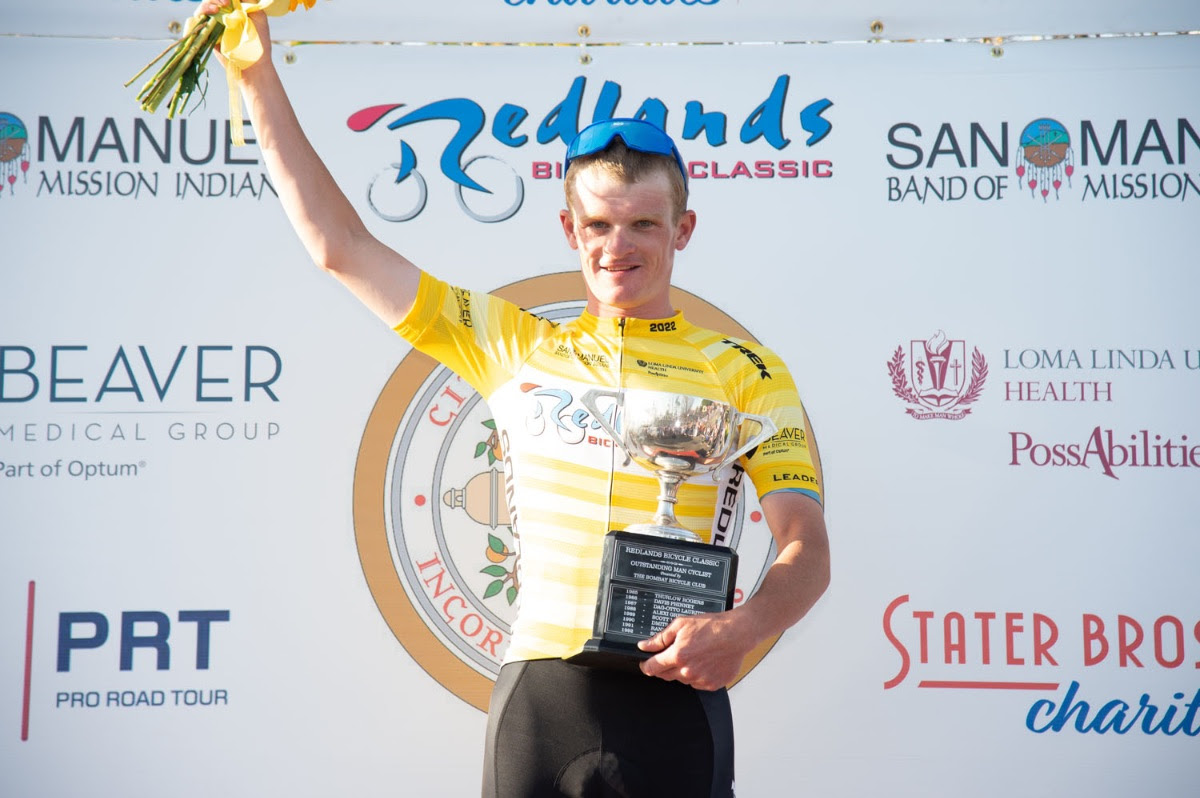