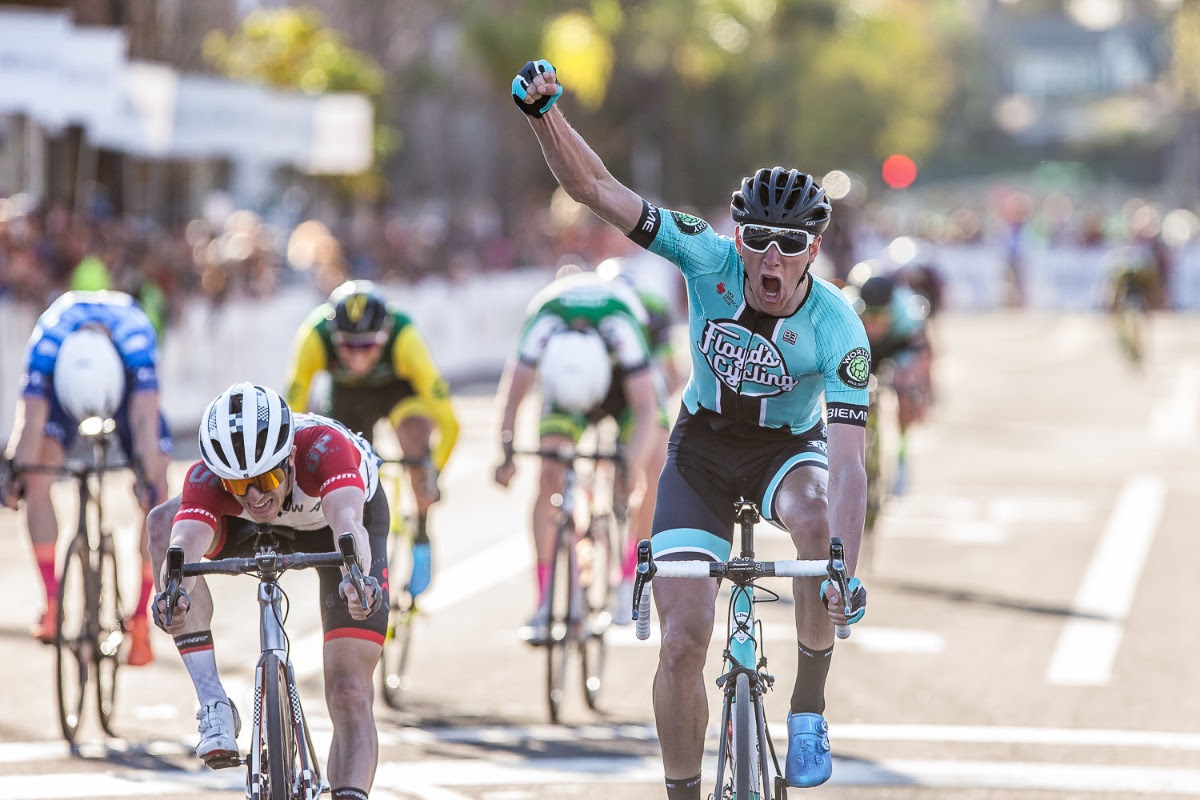 March 16, 2019 (Redlands, CA) – Noah Granigan outsprinted Scott Mcgill to win the Downtown Redlands Criterium Race on Saturday. A break of nine riders was established a few laps into the 90-minute stage, working together in order to fight for the win in the final lap. The 9-corner circuit was marred by several crashes that caused the race to be neutralized a number of times. Granigan had the extra kick in the final meters to earn the first Pro Road Tour stage victory for his new team, Floyd’s Pro Cyclery and the best result of his career. Scott Mcgill (Gateway Devo) finished just behind in second, with First Internet Bike Cycling, Jarret Oldham in third.

“The crashes are just something that happens with racing,” Granigan said of the stage. “The first time was actually one of my teammates, Noah Simms on the ground, so I’m hoping he’s okay. Each time coming out, the legs were locked up, just from sitting around a few minutes. It’s definitely not ideal but you just kind of roll with it. It’s great winning, Floyd’s Cycling got a lot of support from Floyd Landis, and all of his partners, so it’s good to have really good people helping us and supporting us.”

Simmons had initially missed the early move, until Garrison pulled him up to join the break, in order to fight Hernandez (Aevolo) for the 6 sprint lines available on the stage. The 17-year-old now holds a 10-point lead over the Aevolo rider.

“Overall it went well, I didn’t exactly expect the break to make it all the way to the end so that was a nice surprise,” Simmons said. “Right as the break formed, Michael Garrison called us both up there, which was the biggest thing because I missed the initial break. He pulled super strong all day to keep the time gap up and help me go for the sprint points. Sadly I wasn’t strong enough to hold it off until the end when we went for it, but still a good day.”

Alex Hoehn (Aevolo) was the highest placed rider in the break, sitting over 3 minutes down on GC. Back in the field, Elevate’s Jordan Cheyne, crashed upon crossing the line with 2 laps to go. The Canadian was unable to finish the stage due to damage to his bike, but crashing in the final 3 laps allowed him to maintain his third place on GC. 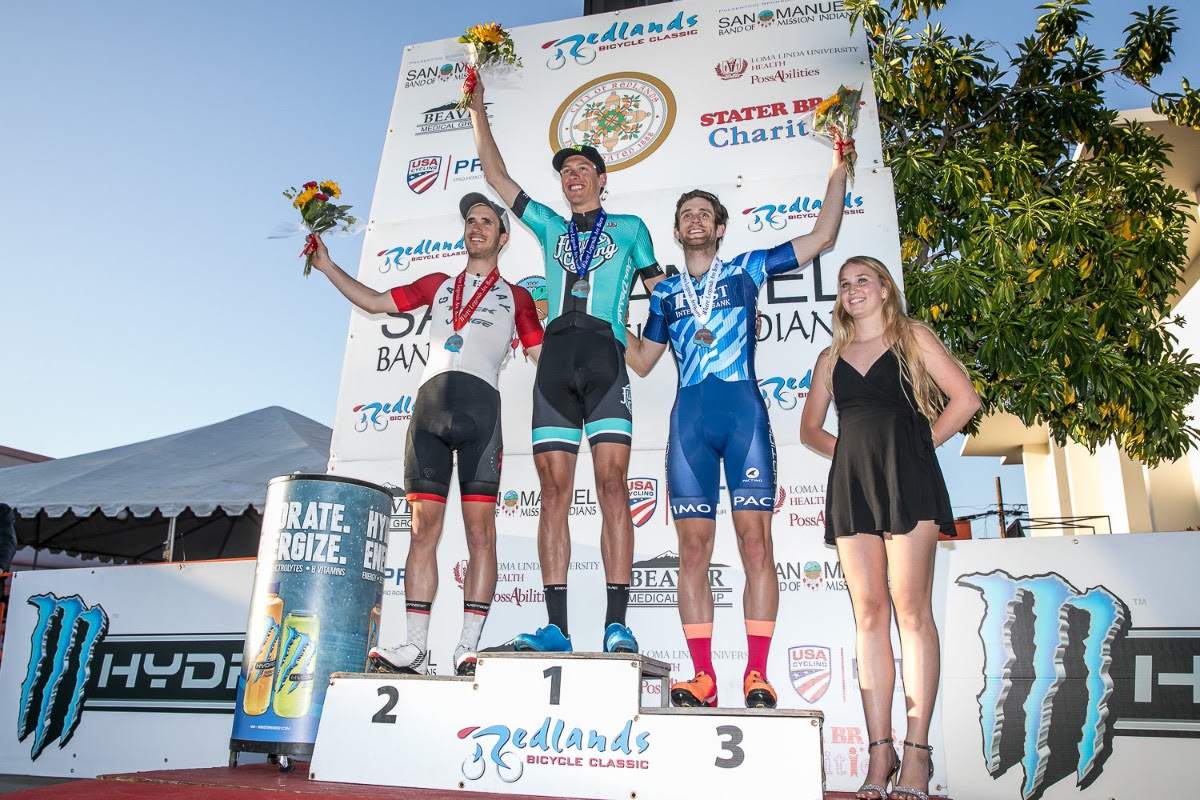