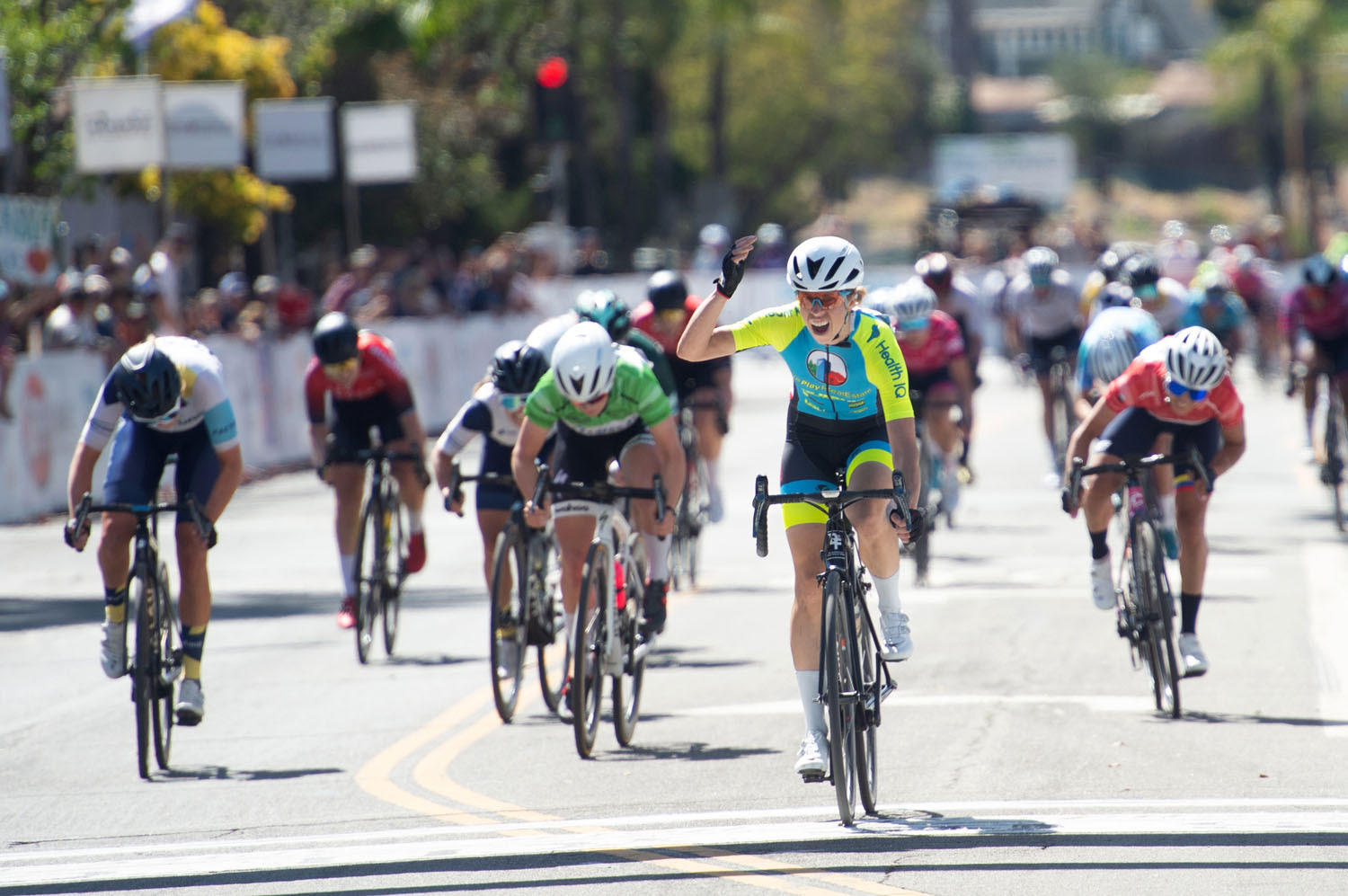 Redlands, CA (April 23, 2022) – Lisa Cordova stole the win Saturday, racing for California squad Live Play Real Estate in downtown Redlands. The Oregon native took the surprise win from the heavy favorites of DNA Pro Cycling and Team Wolfpack, both prized teams on the US criterium national circuit. Cordova is no stranger to crits herself, having raced for crit squad Levine Law Group in the past. Olivia Cummins followed in second for LUX-CTS ahead of Rylee McMullen of Instafund La Prima.

“We’re a development composite team from Northern California, so we were doing the best we could to try and follow certain moves,” Cordova said after her win. “We’re a small team, so really just the last few laps it was trying to follow the right wheels. I knew where Heidi Franz (Instafund LaPrima) was. I knew she was going to be up there, so I tried to stick to her wheel for a while and then last lap it was just trying to get to the very front in the last three corners and go for it.”

The 9-corner, 1-mile circuit makes for a technical race, often allowing for breakaways to escape. Attacks were going straight from the start, with both DNA Pro Cycling and Instafund LaPrima burning several matches trying to control them, before the battle for the green jersey took over.

Cummins had her sights on the multiple sprint points up for grabs, with Daphne Karagianis (DNA Pro Cycling) chasing her down. The LUX rider won the first round of points, Karagianis would later win the fourth round. Cummins had only 5 points lead at the start of the day, but would cross the line extending her lead to 19 points.

Emily Marcolini (3T/Q+M) finished safe in the pack, retaining her yellow jersey with only one stage left to defend it. DNA’s Diana Peñuela was 4th on the stage, just missing important bonus second on the line, which would have returned the seconds she lost in the time trial. Haley Smith (ATX Team Wolfpack) remains in the lead for Best Amateur. 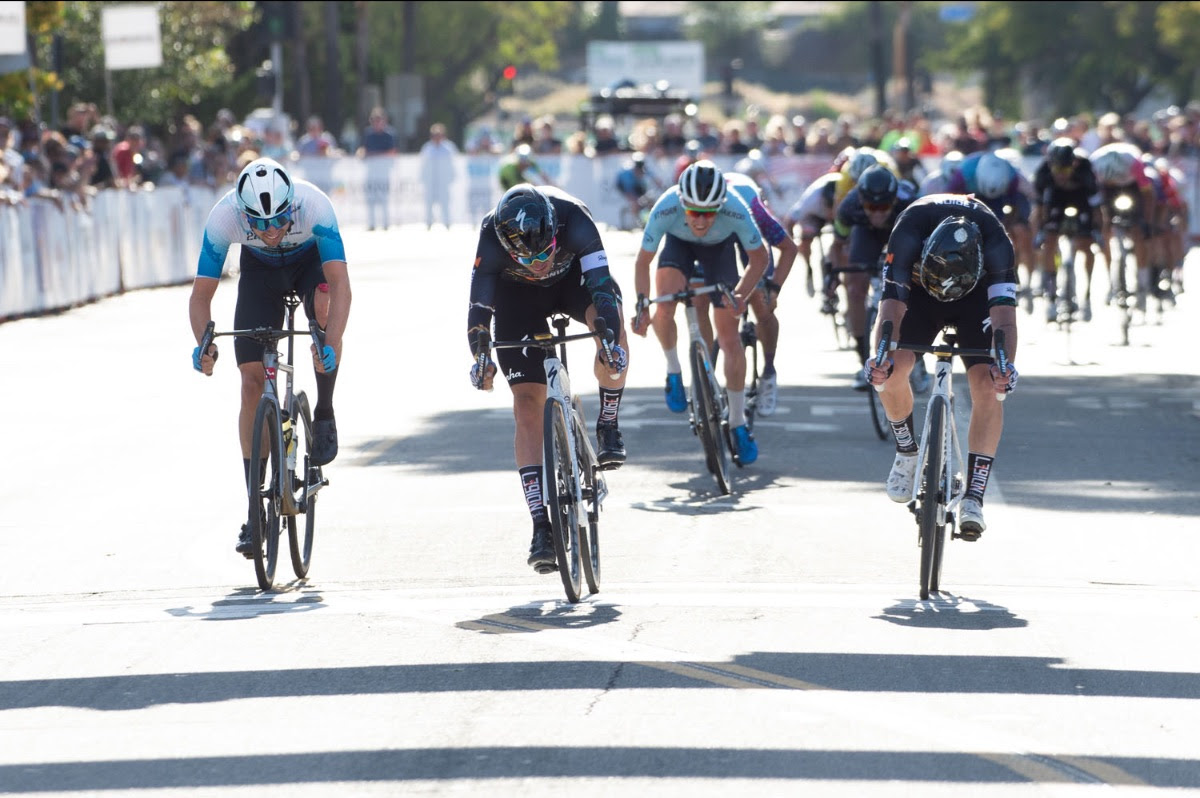 It was the L39ion of Los Angeles show today in downtown Redlands as the dominant crit squad lived up to the hype, delivering Tyler Williams and Alec Cowan to the line to finish 1-2 after 90 minutes of controlling the race. Hugo Scala Jr. rounded out the podium in third place for Project Echelon.

“The race was really a perfect ride by the whole team,” Williams said. “It was a huge team effort – for them to deliver me to the line like that. With Alec (Cowan) almost winning the race, I just pipped him at the line. It was perfect. We kept it safe. Tomorrow we have big ambition, obviously different execution, but hopefully, it’s just the same great team effort.”

L39ion was in complete control for nearly the entire race, save for a gutsy, but short-lived attack from LUX Cycling’s Alex Gustin mid-race. It was business as usual for the crit squad, while the yellow jersey, Xander White (CS Velo), sat behind the six L39ion riders, biding his time for tomorrow’s final showdown – the Sunset Loop Road Race.

“That was my first experience of an American crit,” White said. “It definitely lived up to everything I’ve been told. It was pretty sketchy and tight on all the corners. L39ion rode a great race, they controlled from the start. We’ve got seven seconds on GC going into tomorrow. It’s not ideal, but we’ve got the team to ride tomorrow. The last stage suits me way more than today, so I’m happy to get through today with the yellow jersey. Bring it on.”

The final stage on the Sunset loop begins at 10 AM PDT with the pro women, followed by the pro men at 2 PM. 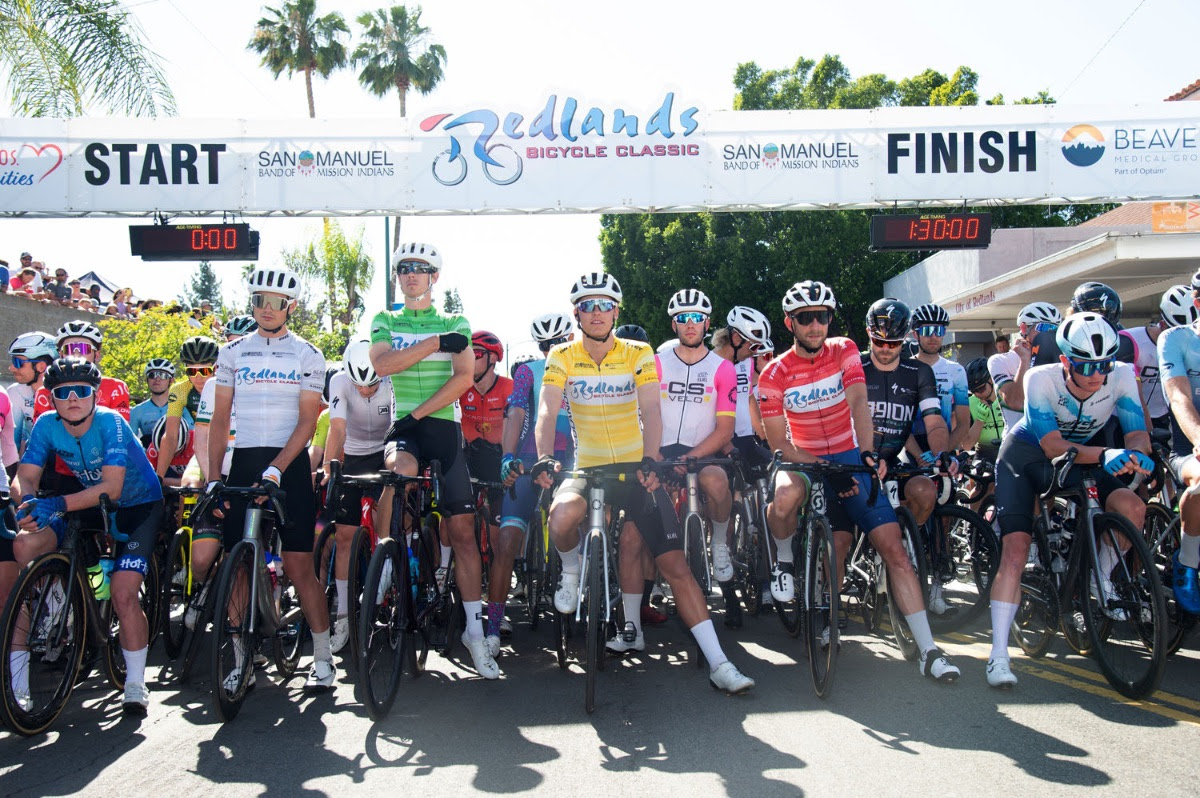 The pro men line up in Downtown Redlands for the Stage 4 criterium.
Photo: Casey B. Gibson 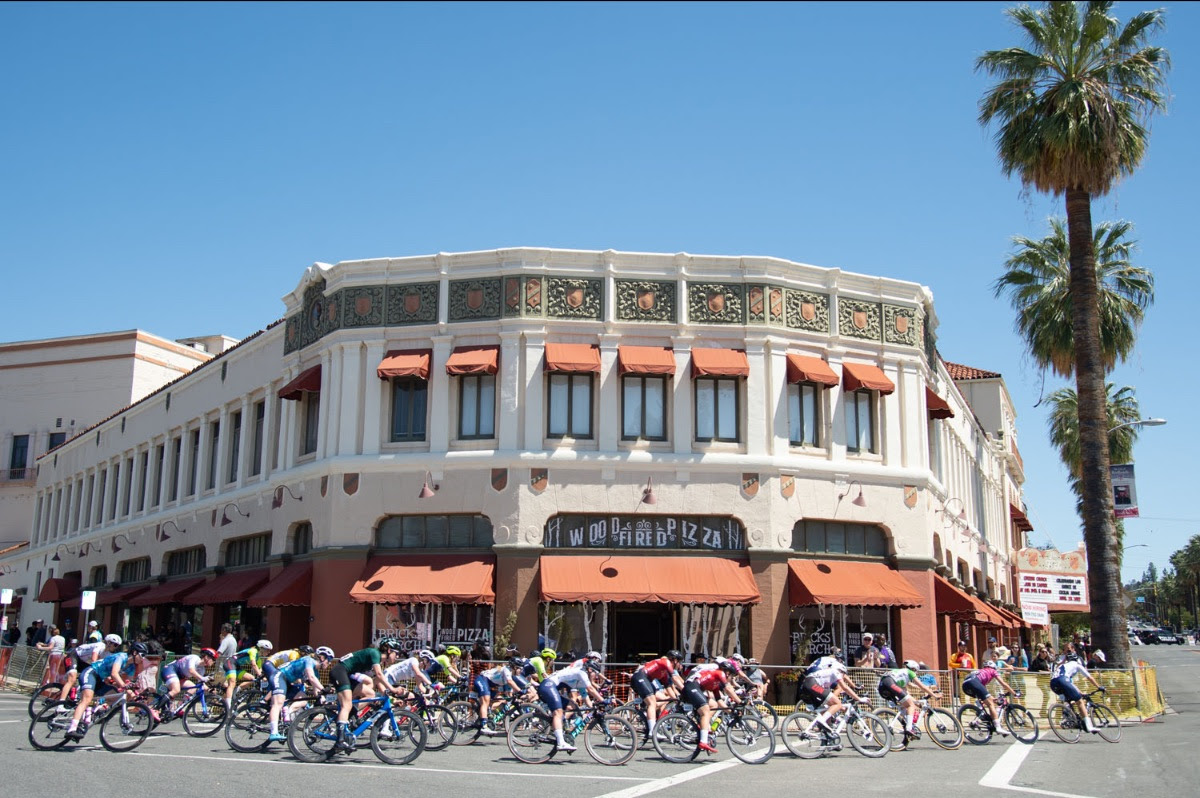 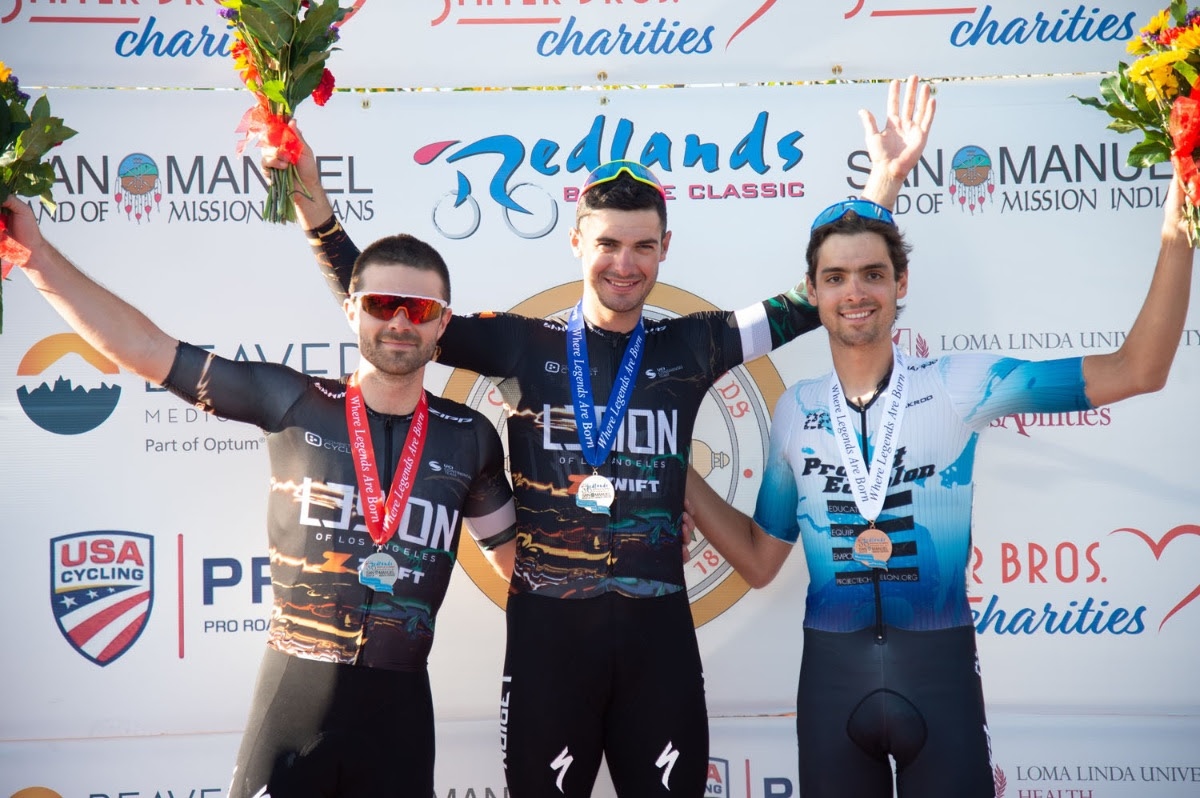 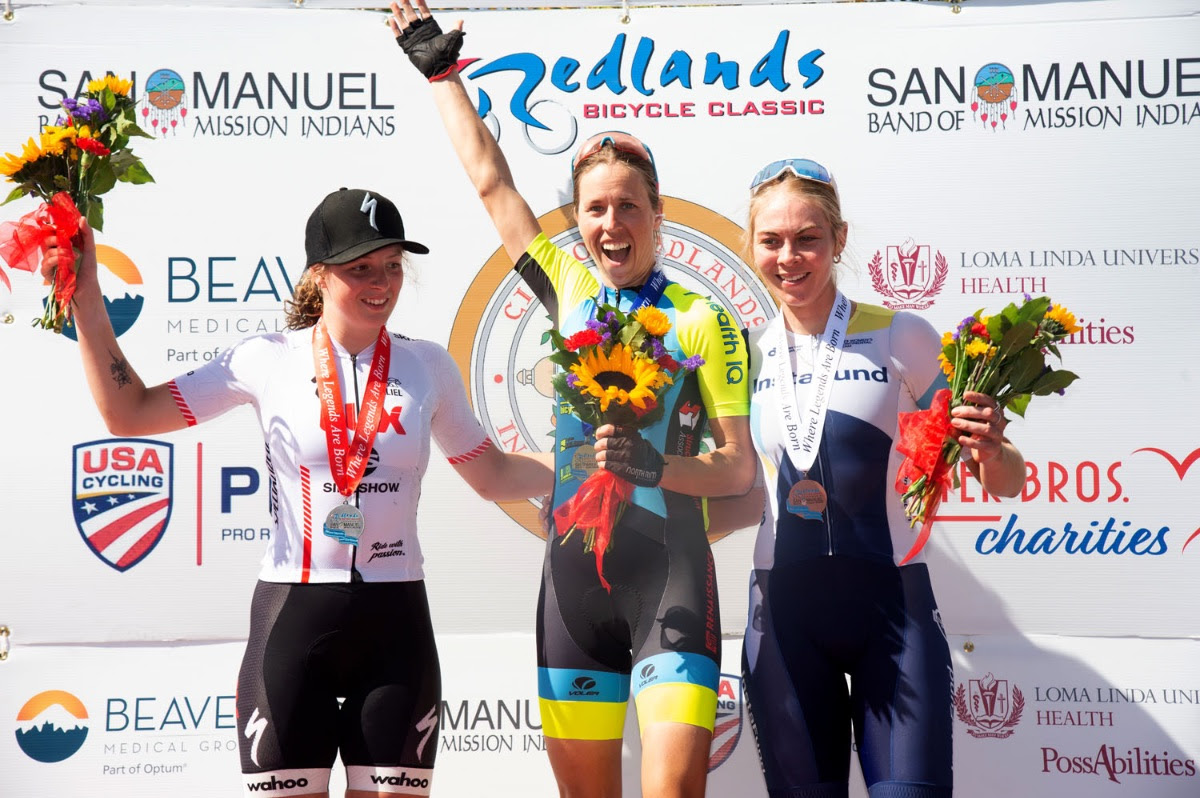 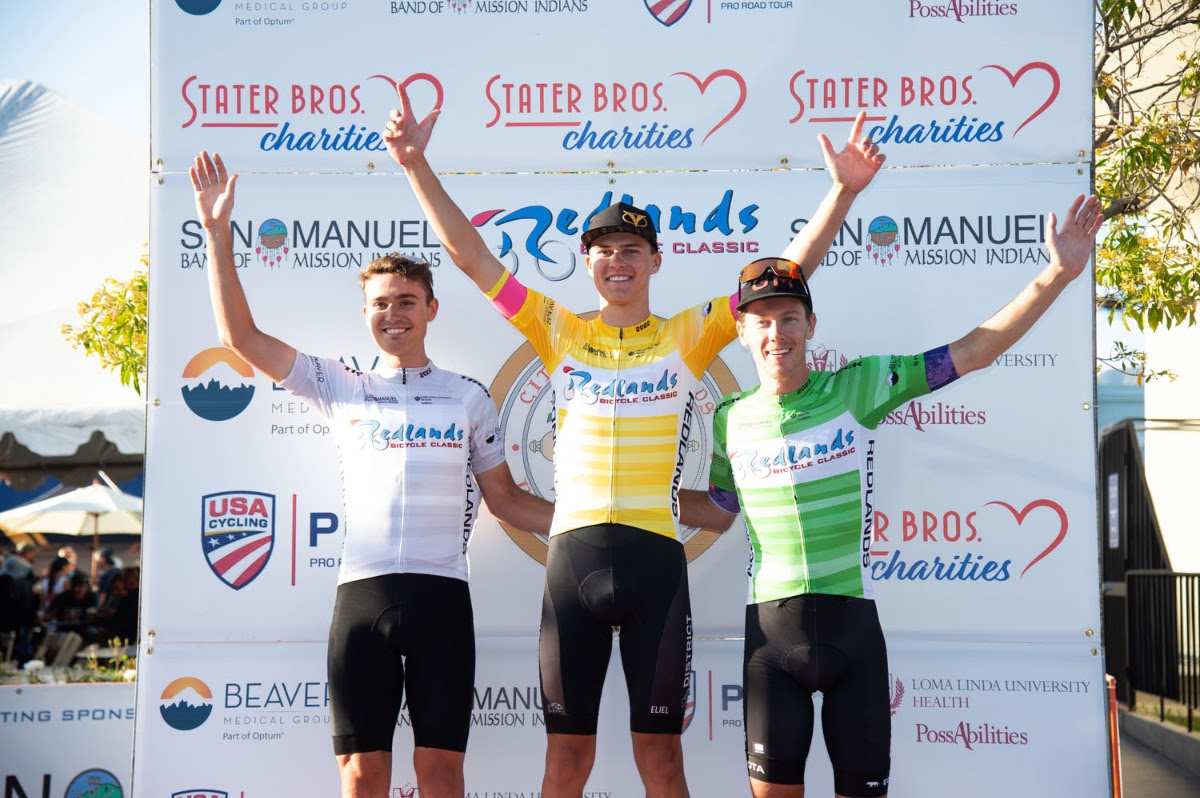