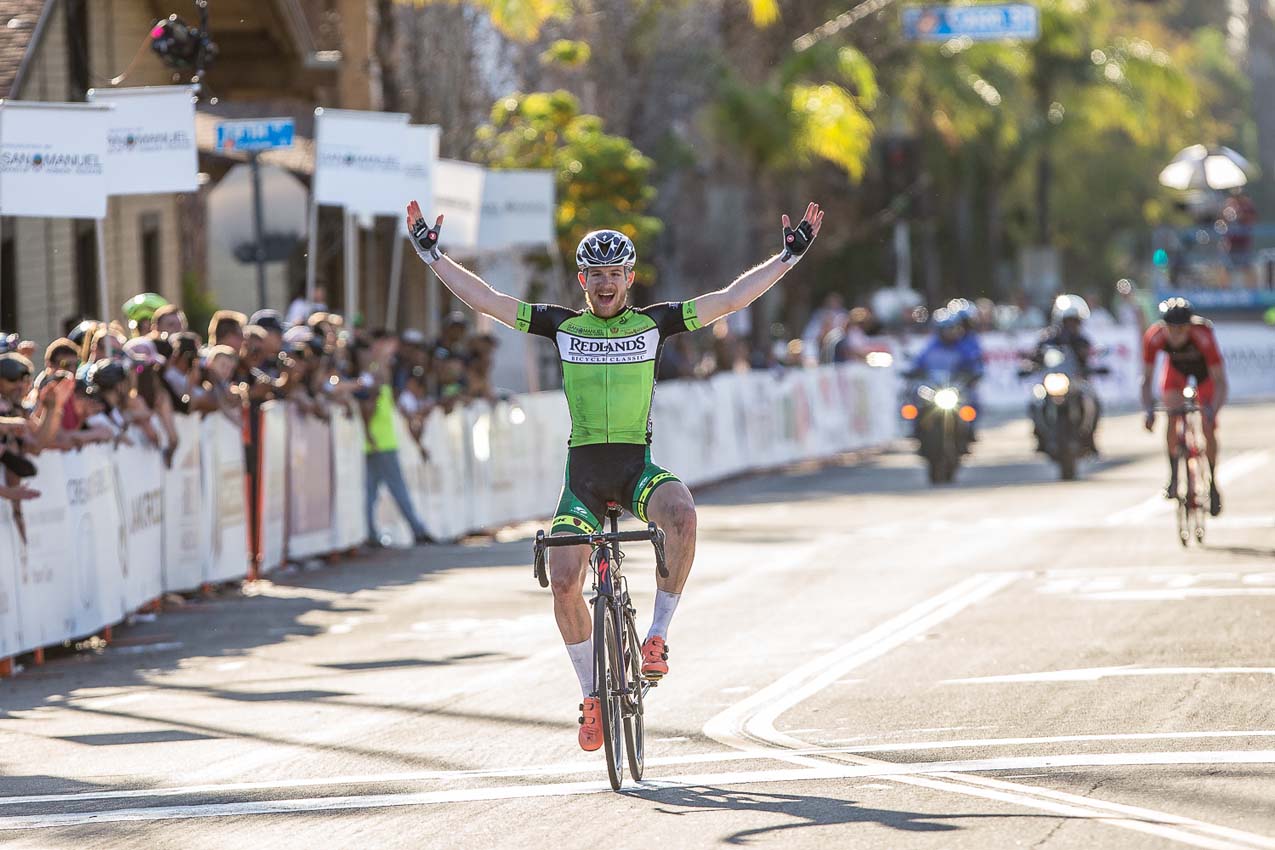 March 17, 2019 (Redlands, CA) – Cory Lockwood (Semper Porro) claimed the biggest win of his career after a gutsy move in the Sunset Loop Road Race, breaking away with five laps to go and hanging on with Quinn Simmons (Landis Cyclery) to the line.

“It’s fantastic,” Lockwood said. “I’ve been doing this race for quite a few years now. Specifically this race, I remember Paul Abrahams (KHS Elevate Director) telling me, ‘someday you’ll win this race,’ but then I remember coming out here getting lapped and crashing and this and that, 40thplace, but I just kept working at it. It ended up coming around today. It came around on the last day, it’s pretty exciting.”

An early crash involving Sean Quinn and Thomas Revard of Hagens Berman Axeon, left Kevin Vermaeke with one teammate for the remainder of the race after the two were unable to continue racing. The unfortunate mishap caused some chaos in the bunch, with no one taking up the responsibility to chase .

Lockwood and Simmons’ attack held at two minutes each lap closer to the finish, and despite attempts by Johann Van Zyl (303 Project) and Michael Garrison (Landis Cyclery) to bridge across, the duo withstood their separation and came into the five finishing circuits in downtown Redlands with the same advantage. It was the third day spent in the break in as many days but the first stage win for Simmons.

“A little redemption for sure,” Quinn said. “The initial goal was to come here to train, and I definitely accomplished that goal. It’s nice to not be a marked rider, maybe now, you only get to do that once in your life so. I worked until Cory got the time gap he needed. I just needed enough time to make it to the finish. I agreed to help him until we got a gap and then it was my job to sit on and wait until the finish.”

“The race was all over the place, especially with losing Axeon no one really knew what to do,” Cowan said. “DC Bank was on the front for some reason and then it went to doo doo. Everyone started attacking and then some bridges started happening.”

“No one really wanted to take control so there were a lot of people attacking and Corey went up the road, there were other people in a position to work in order to save their positions on GC but nobody wanted to work,” Vermaerke said. “We were in a tough position, the break was working well together, but no one wanted to do the work back in the main field and the gap opened up, and it was just a tough day. It’s a hard course so there’s nowhere really to recover, a very hard day.”

Quinn Simmons (Landis) landed both the mountains jersey and the sprint jersey after the week of racing. Sean Gardner (Gateway Devo) wrapped up the best amateur competition. 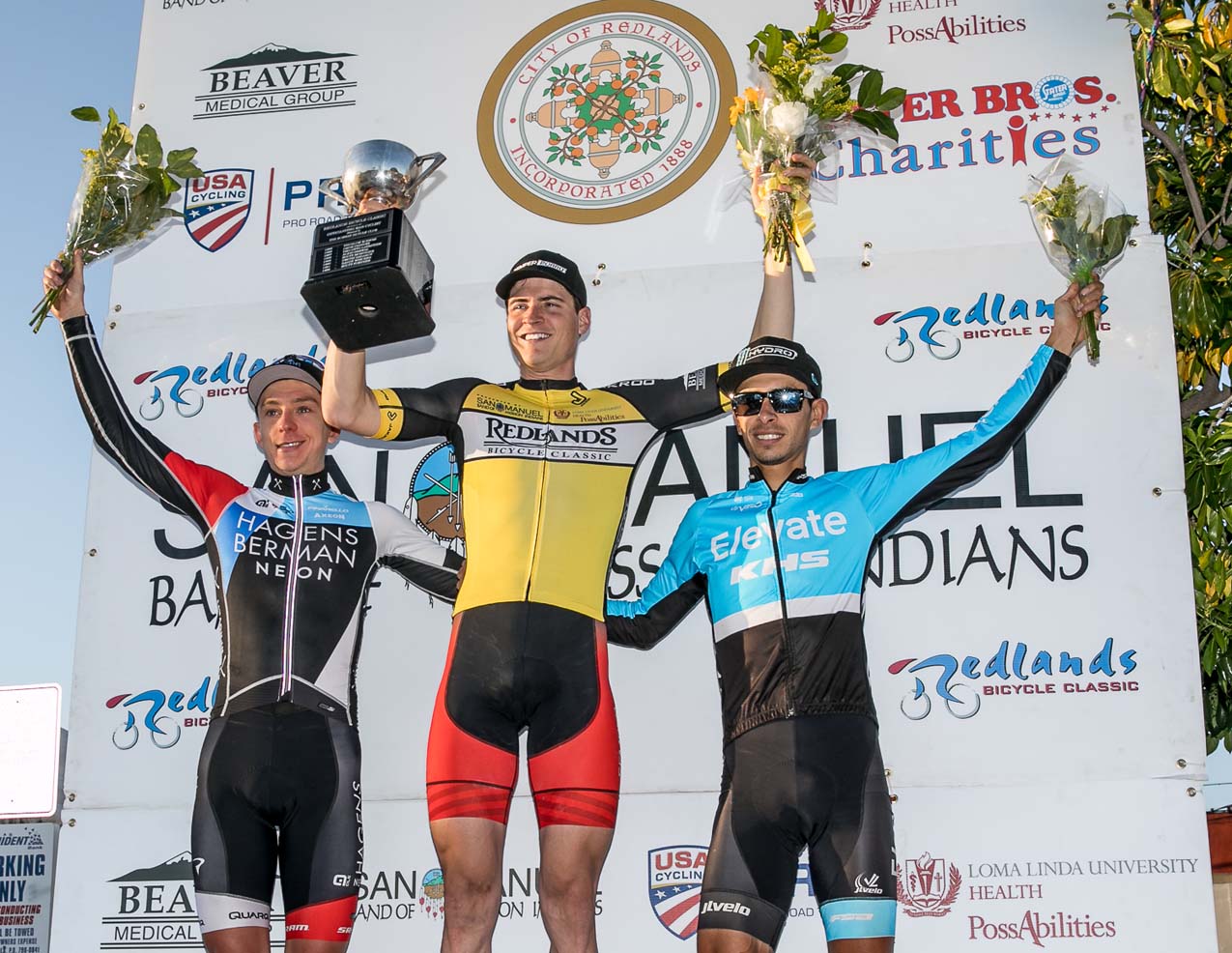 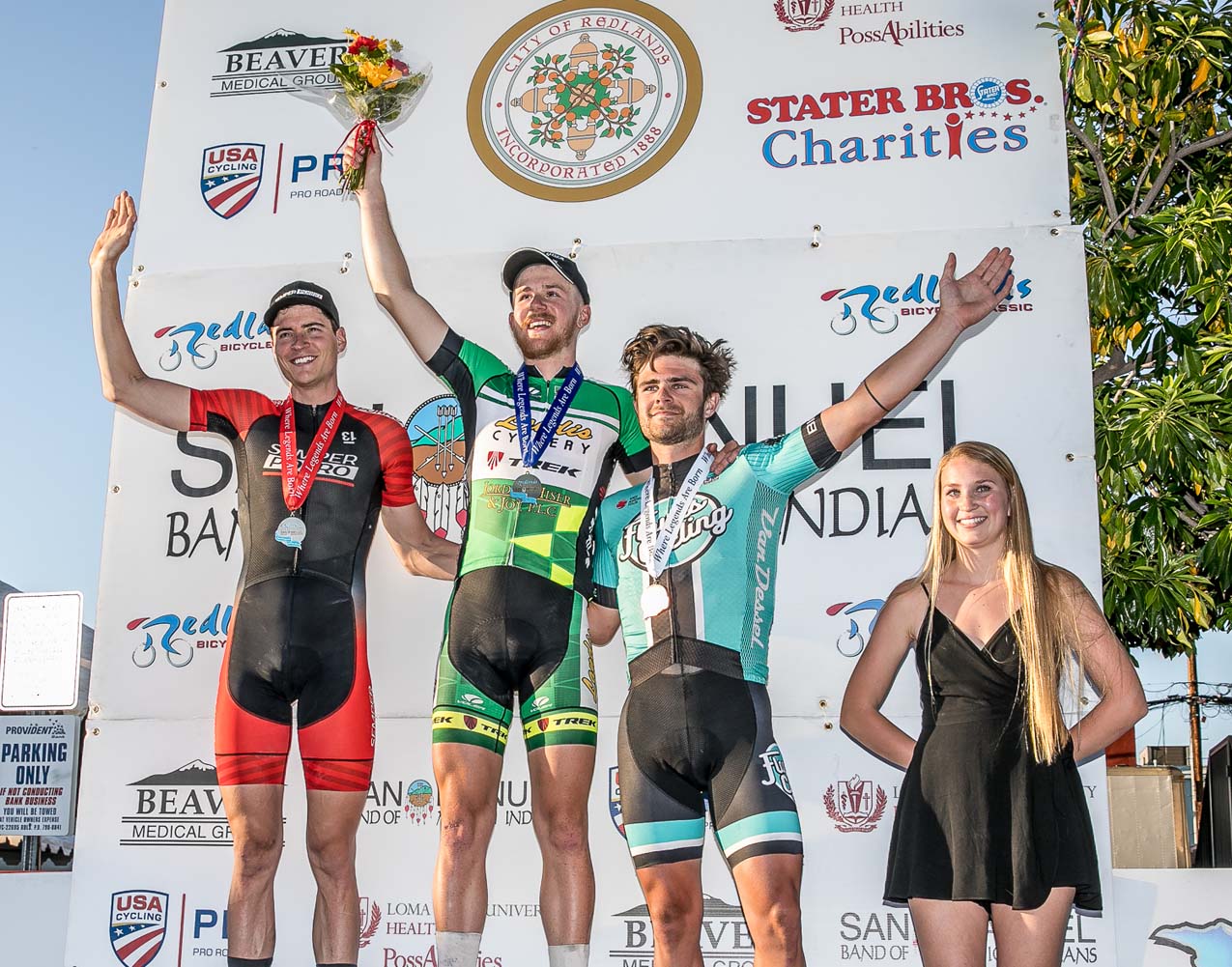 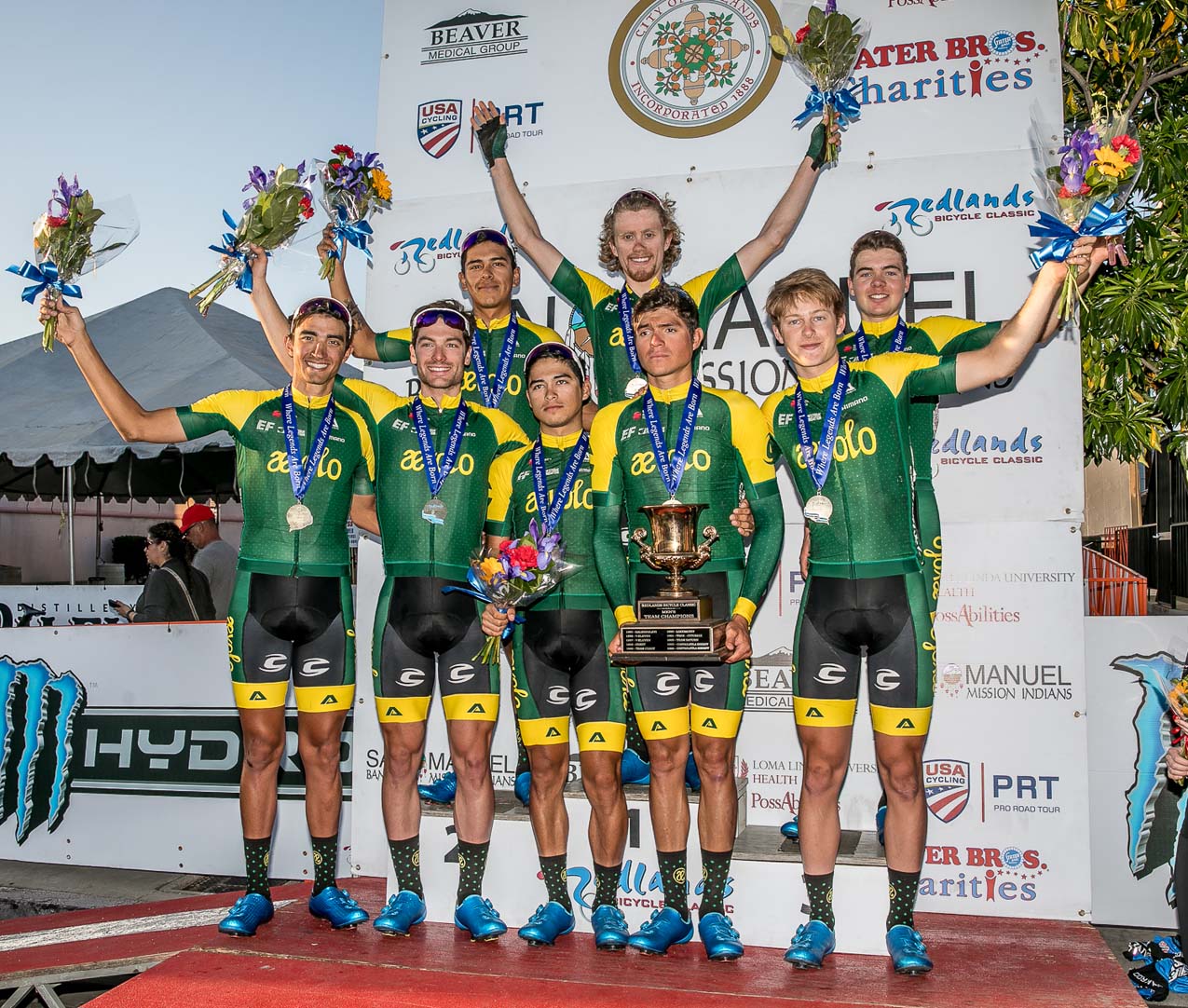